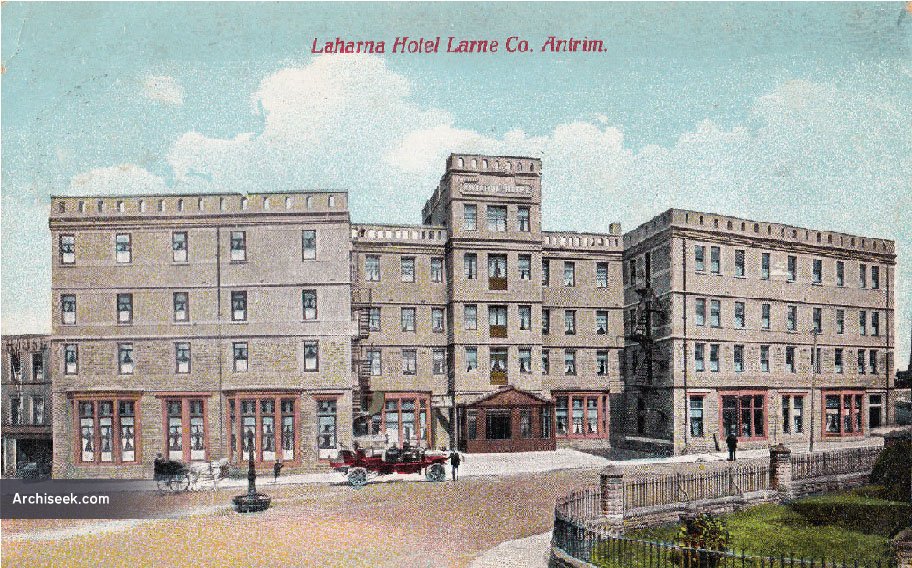 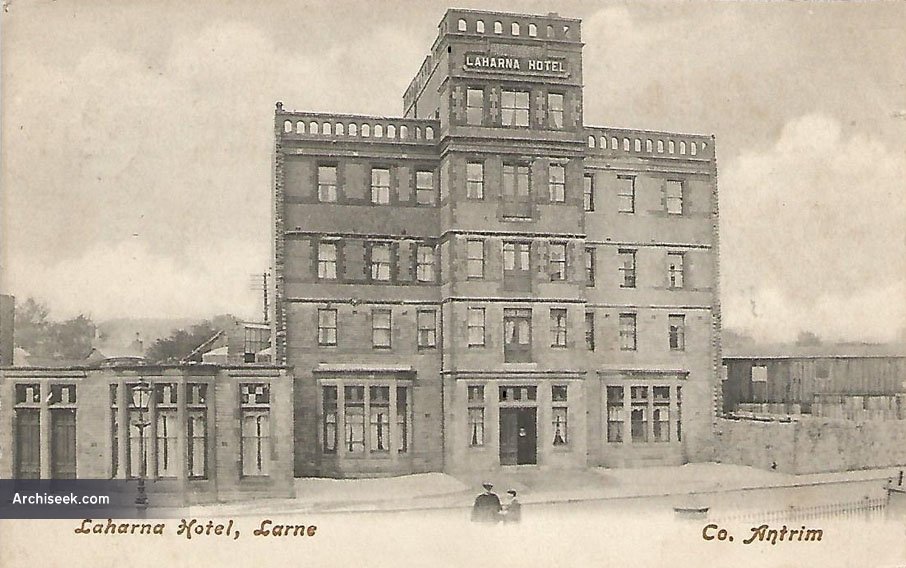 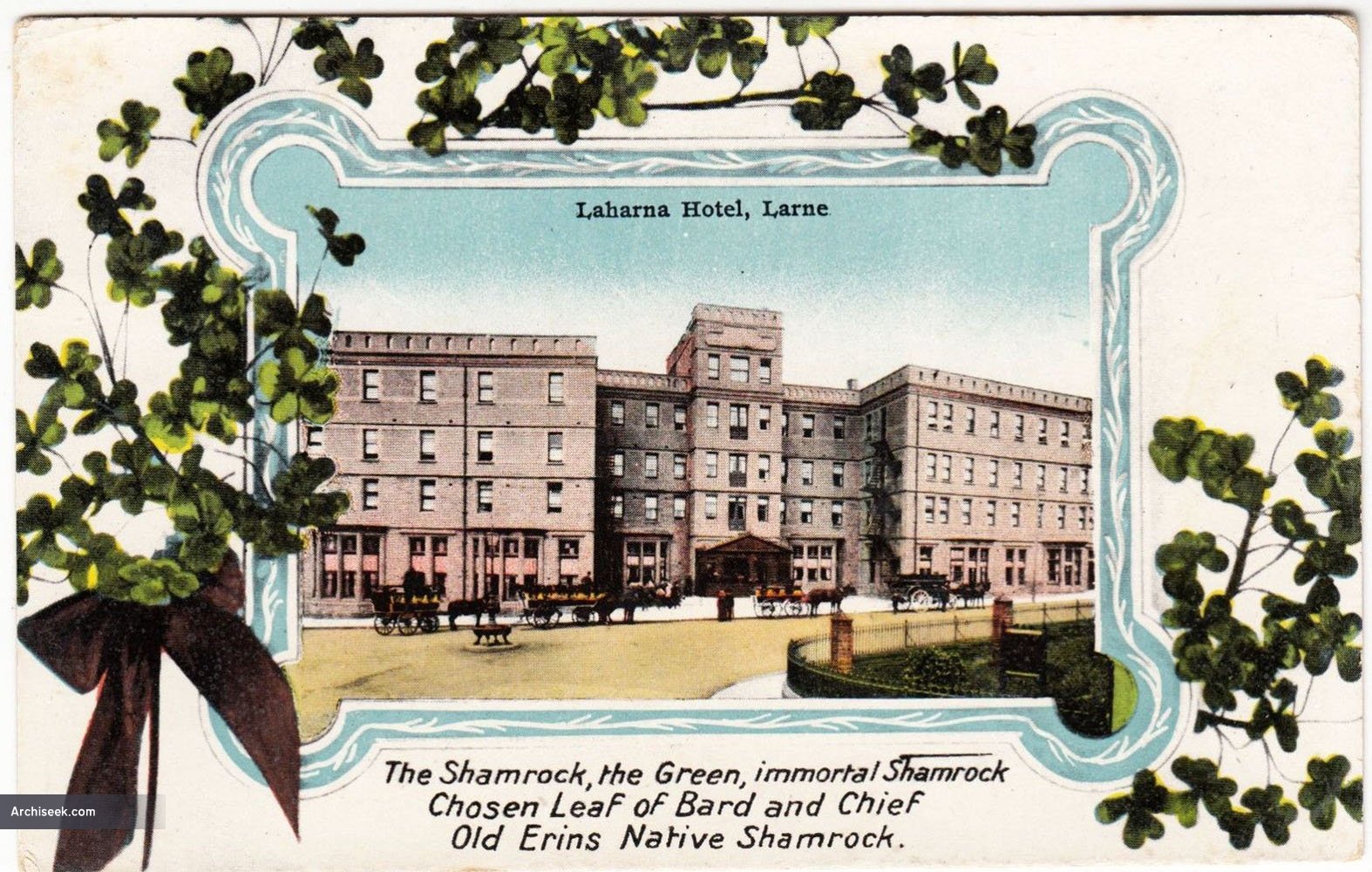 Existing hotel acquired by the Midland Railway Northern Counties Committee, which was the Belfast and Northern Counties Railway until 1903. The BNCR and its successors recognised the potential value of tourism and were influential in its development throughout Northern Ireland. They were able to develop and exploit the advantages of the Larne – Stranraer ferry route between Northern Ireland and Scotland. 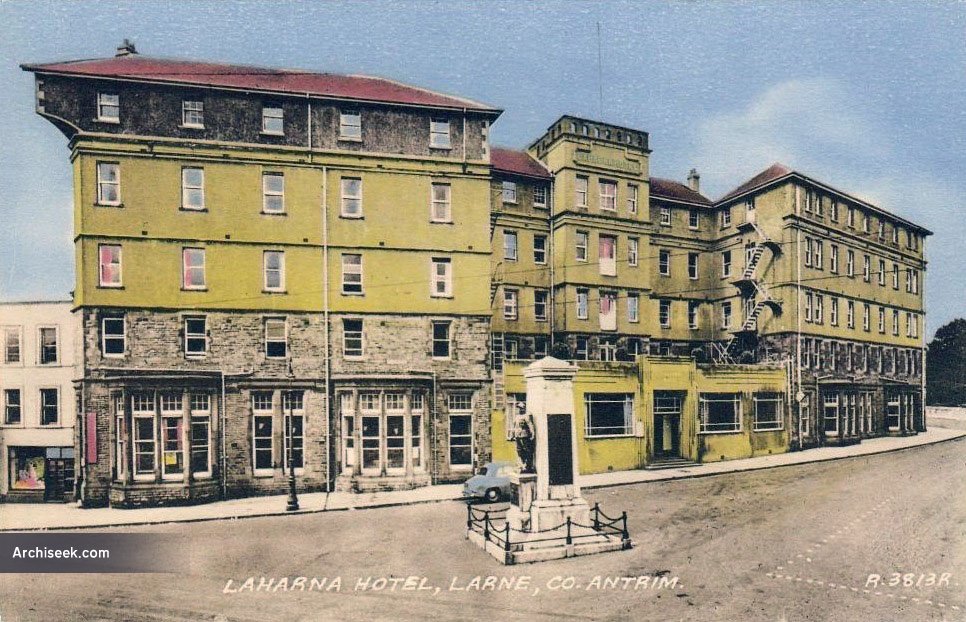 Reopened after extensive alterations by Berkeley Deane Wise. It was ‘specially designed to meet the requirements of the tourist traffic from the Lancashire and Yorkshire districts, which traffic has now grown to extensive proportions in the Larne and Antrim-coast districts’. Extended several times, as the postcards show. Demolished, now the site of an apartment complex.