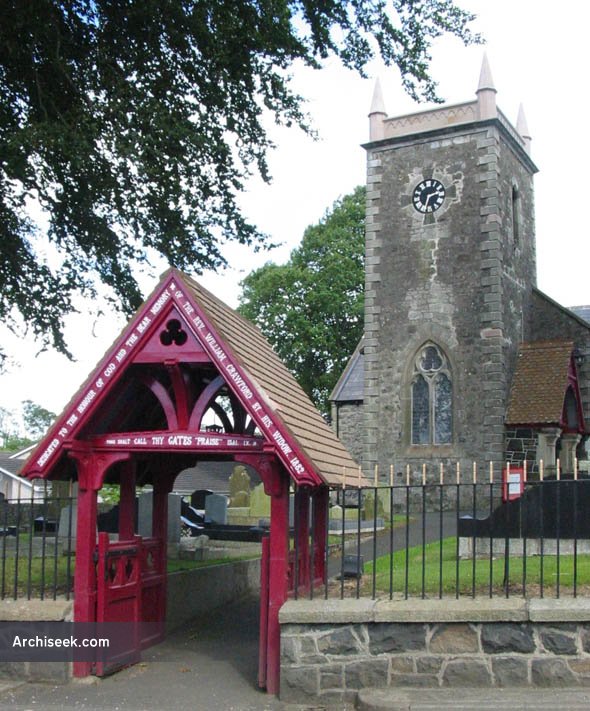 Pretty little Church with decorative gateway to the street. Broughshane is known as the Garden Village of Ulster. In 1994 the village was the winner of Ulster in Bloom, Britain in Bloom and Europe in Bloom. In 2007 the village was named as overall winner of the Britain in Bloom awards. The church originally dates from 1765 with later additions, notably” a new south transept, chancel, and porch by Welland & Gillespie in 1866; and four new windows by Wailes & Son.