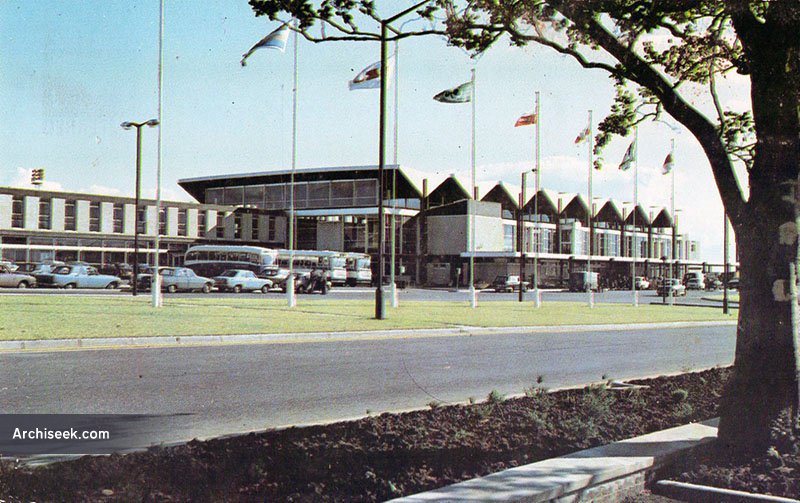 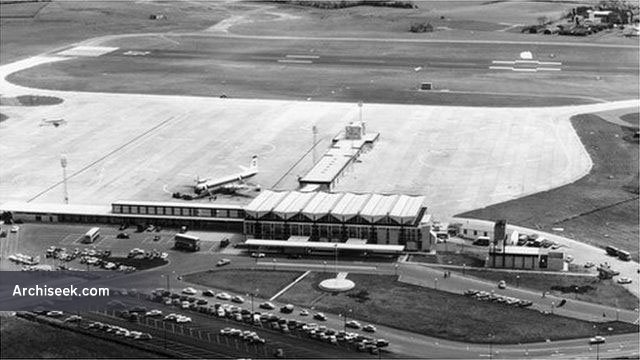 A former RAF station, in July 1959 the decision was made to move civil flights to Aldergrove to take advantage of the large airfield and this took place in October 1963. A new terminal and apron were built with the necessary passenger facilities and the complex was opened by Queen Elizabeth, The Queen Mother on 28 October 1963. The distinctive terminal building, with its high ceilings and inverted pyramid motif, perfectly captured the sense of progress that the age of air travel offered.

Although the original terminal building is still in use, it has been refurbished several times.