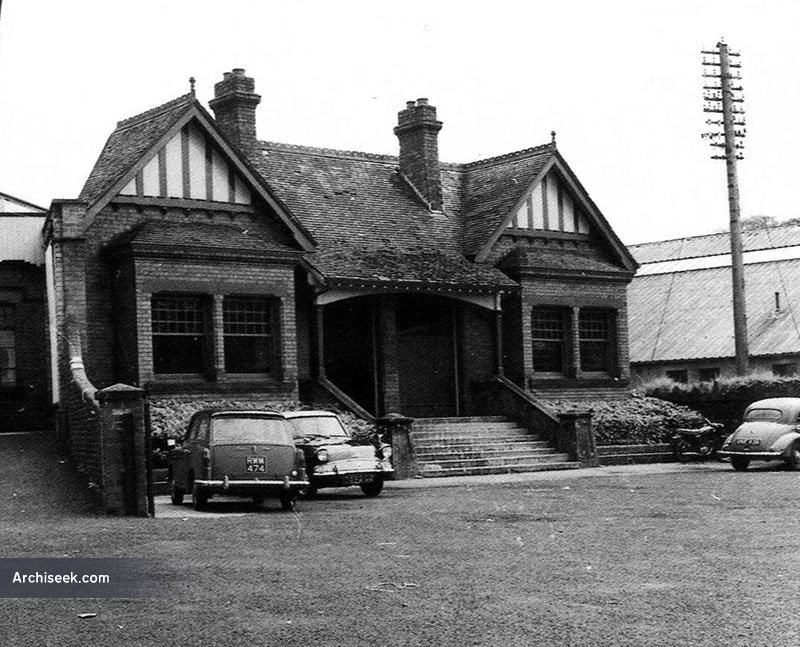 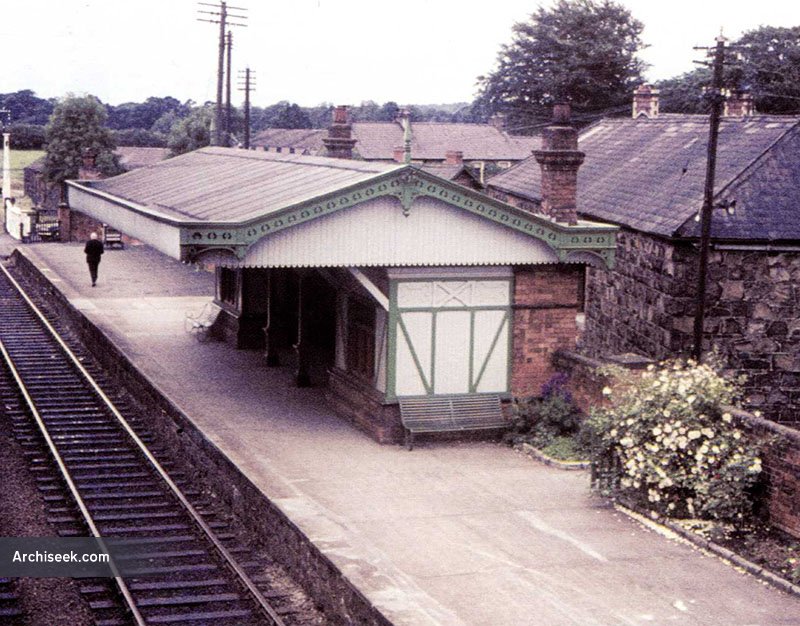 Designed by Berkeley Deane Wise for the Belfast and Northern Counties Railway, and constructed 1901-02. The main station building resembled a double-fronted mock-tudor house, but masked extensive platforms and waiting rooms finished in yellow and red brick. Unusually the main building is at ninety degrees to the platforms. 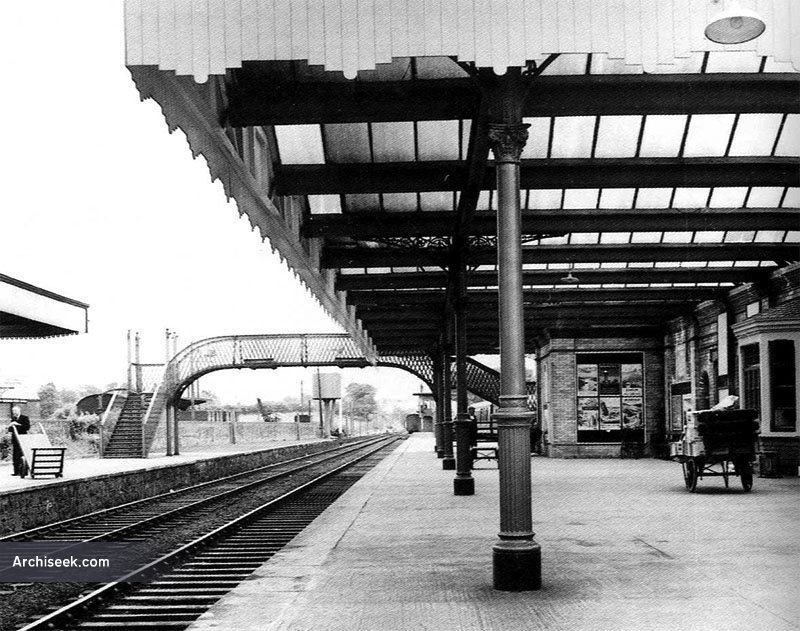 The station had a cast-iron and glass canopy on the down platform, and a characteristically Wise designed waiting shelter on the other. Still in use today, although the canopy has lost its glazing. The footbridge was built by Walter MacFarlane’s Saracen Foundry in Glasgow and was replaced in 2001.