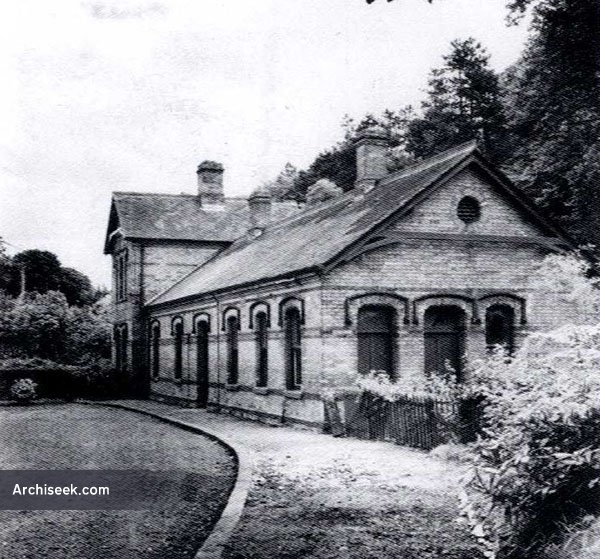 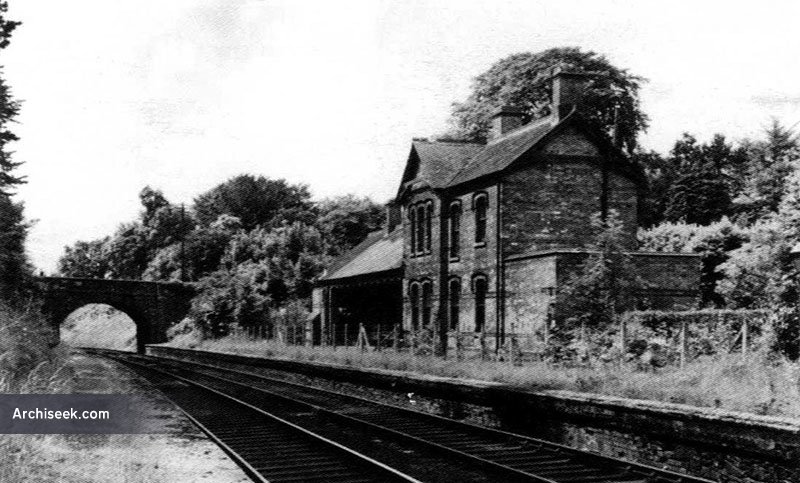 Cultra is part of the greater Belfast area and originally a stop on the Belfast, Hollywood and Bangor Railway. The BH&BR crossed the land of some wealthy landowners, whose terms included that Cultra station must be “of an ornamental character”. This mock-tudor station was destroyed by fire in 1896 and replaced by this red brick building with black brick courses. Originally Cultra station had only one platform. However, the Belfast and County Down Railway took over the BH&BR in 1884 and doubled the track between 1897 and 1902. In deference to Cultra’s wealthy residents the footbridge between the platforms had a roof — the only bridge so equipped on the B&CDR network. Closed in 1957, the bridge and waiting rooms on the other platform were removed. Although train service was reintroduced, a new station was opened.