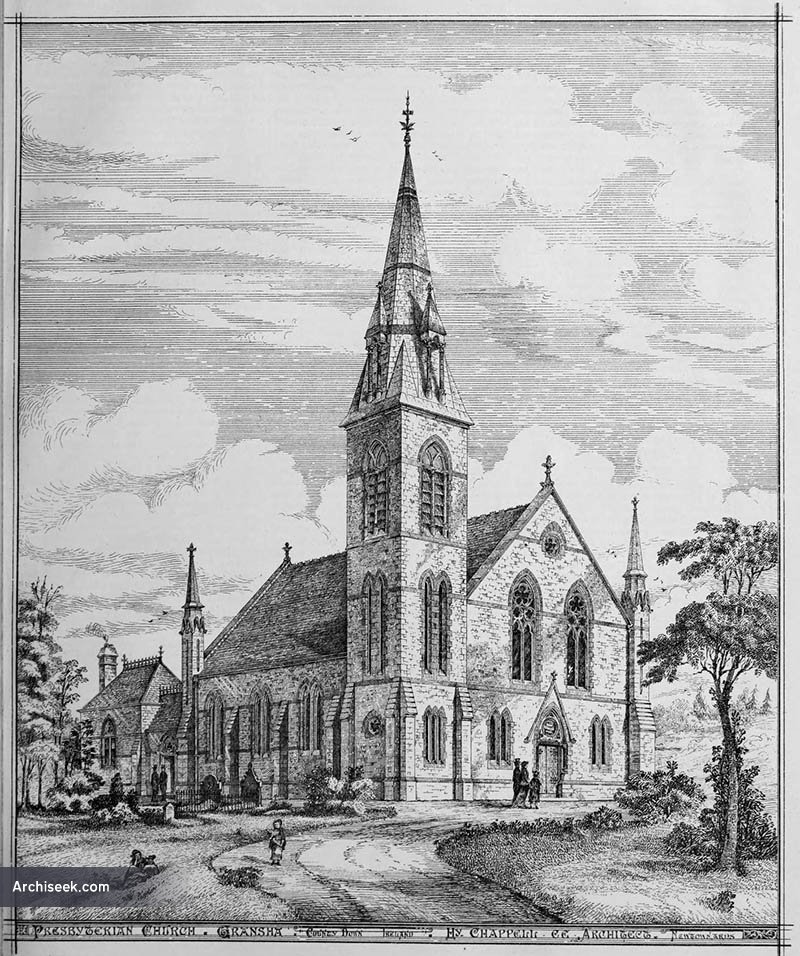 “This Church (the foundation stone of which was laid by Mr. H. L. Mulholland on the 7th October last, in the unavoidable absence of his father, John Mulholland, Esq., M.P., Ballywalter Park, County Down) was opened on the 1st inst. Our illustration (taken from the drawing exhibited in the Royal Hibernian Academy) shows exactly the style of the building as executed. It is built of Scrabo stone, with dressings of Dundonald stone finely chiselled. All internal fittings are of pitch pine, the open seats and pulpit being especially good ; accommodation is provided for 400 persons, but nearly 600 were seated without inconvenience at the opening services. The amount of the contract for church complete (exclusive of session and clergyman’s rooms) was ^61,500, and as stated by the minister (Mr. Vance) ” there was not a single sixpence of an extra on the contract.” The extreme moderation in cost created considerable surprise among those who had seen the church for the first time at the opening services, and the more especially so that everything has been ” carried out in the most sound, substantial, and workmanlike manner, with materials the very best of their several kinds,” and the workmanship equally good.

The church occupies a very good site, and the spire can be seen for a considerable distance in the surrounding country. Mr. Henry Chappell, M.R.I.A.I., Newtownards, is the architect, and Mr. Hutcheson Keith, Belfast, the builder.” Published in The Irish Builder, June 15 1879.