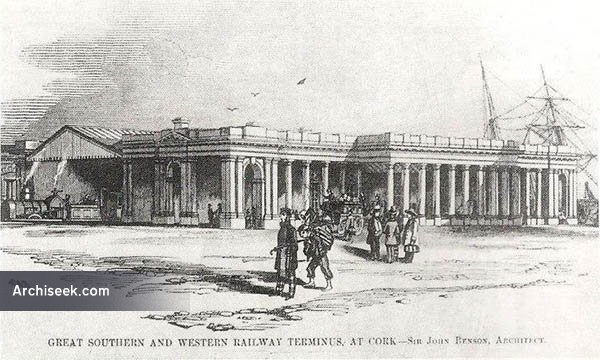 The original railway terminus for the Great Southern and Western Railway. Approached from Penrose’s Quay, and superceded by a new adjacent station in 1893 approached from Glenmire Road. The construction costs included colonnade of 20 Roman Doric columns costing £8,000. The problem of building the station on slob land was overcome by piling foundations. Six hundred beech piles, all just under eight metres in length were piled. Over these piles, concrete was laid. It later became a cattle depot and its Doric colonnade was demolished sometime between 1895 and 1896.