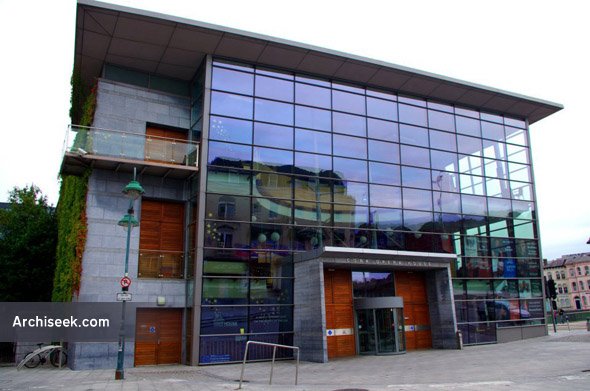 Designed by Michael Scott & Partners later Scott Tallon Walker, the replacement building suffers from many of the same ailments as their Abbey Theatre in Dublin: a bleak and foreboding curtain wall of brick; and an ugly and ill-disguised fly-tower. Recently a new foyer was added to the front of the building in an attempt to remove some of the building’s bleakness.