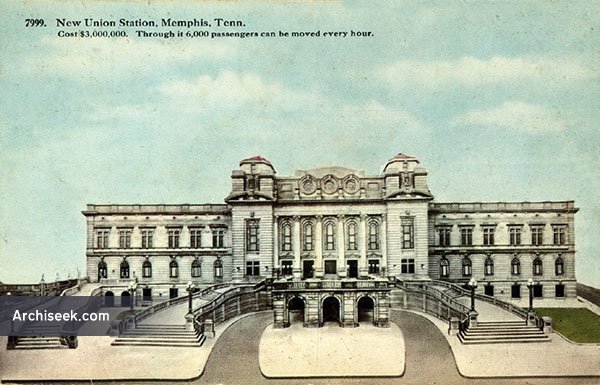 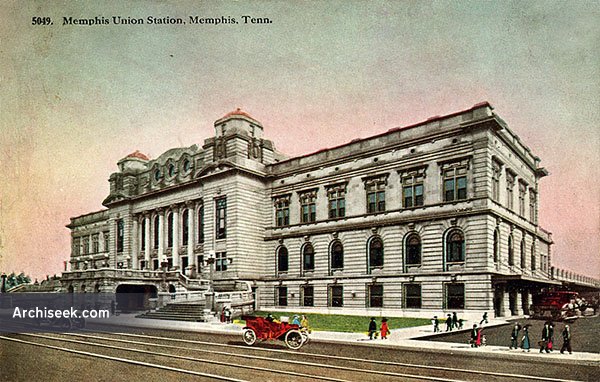 The terminal, completed in 1912, was built in the Beaux-Arts style and was located on Calhoun Street, between south Second Street and Rayburn Boulevard. It was less than two blocks from Memphis other railway station – Grand Central. As passenger train traffic declined after World War II, studies were done on consolidating all Memphis train operations in either Union Station or Central Station. However, the various railroads could never agree on consolidation arrangements, and Memphis Union Station continued in operation into the early 1960s. After closure in the 1960s, it was sold to the United States Postal Service for construction of a new mail sorting facility, and the station itself was demolished by February 1969.