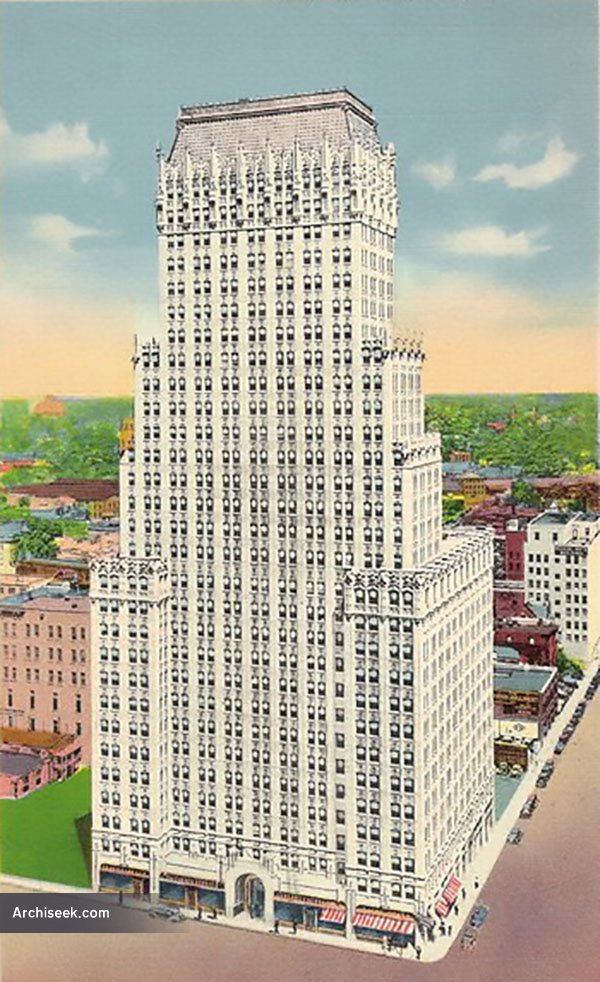 Once called “the Queen of Memphis” and “the most complex, the most fabulous building in Memphis,” the Sterick Building featured a white stone spire topped with a green tile roof. At one time it had its own bank, pharmacy, barber shop and beauty parlor; as well as stockbrokers’ offices. The first three floors were finished with granite and limestone. The building began to decline in the 1960s, and, despite a number of alterations – including being repainted from its original white and green to yellow and tan, it has been vacant since the 1980s. It was added to the National Register of Historic Places in 1978. While local desire to see the building redeveloped has been expressed, the difficulties of the undertaking have also been noted including the size of the building, environmental issues and the fact that the building sits on leased land.