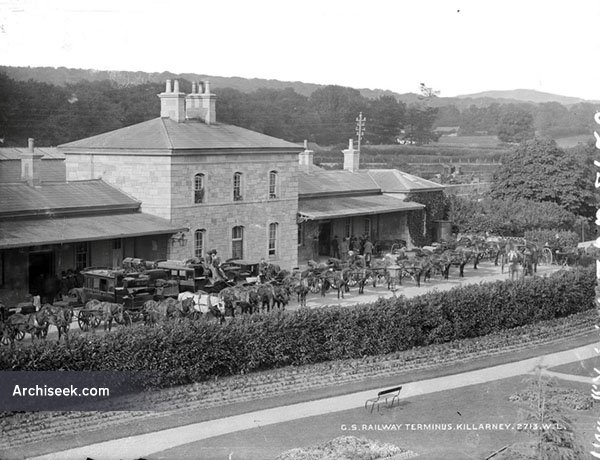 The railway terminus for the Great Southern and Western Railway, directly opposite their hotel property. The hotel is considered to be one of the first hotels owned by a railway company in the British Isles. The station opened on 15 July 1853 as the terminus of a 40 mile branch from Mallow. This was subsequently extended to Tralee.