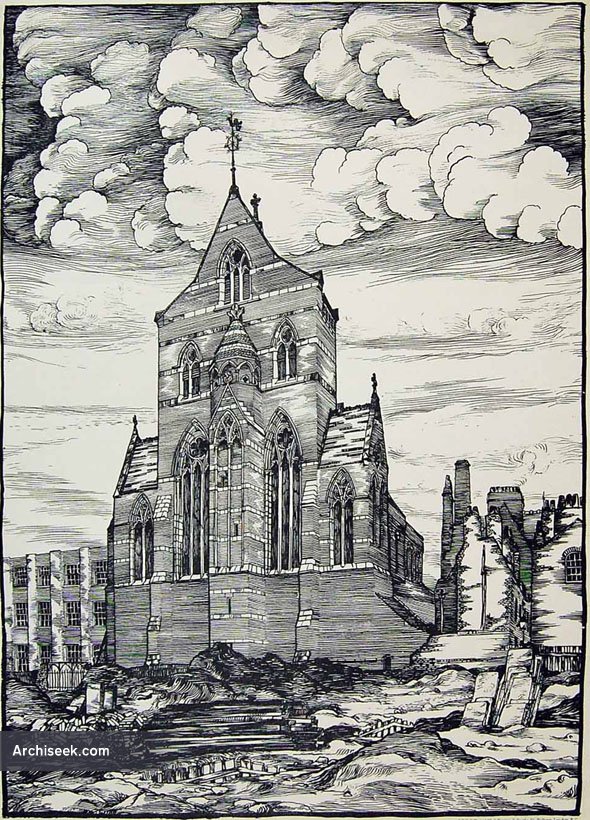 The church of S. Alban the Martyr, Holborn was built by a leading architect of the day, William Butterfield in 1863. Sadly it was destined to last for only 78 years and on the night of 16th April 1941 was largely destroyed by firebombs. When the war ended Adrian Gilbert Scott was asked to produce a new, more economical design and he incorporated several features of the old building that had survived the fire, including the massive saddleback tower, the east wall and the chapel built in 1891 to honour the memory of Father Mackonochie, the first Vicar.