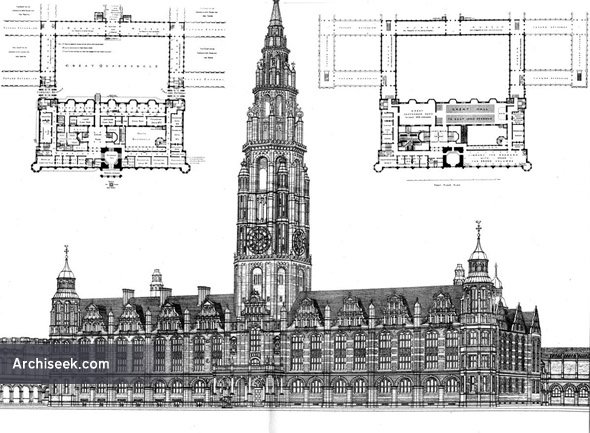 Unsuccessful competition entry by Thomas Graham Jackson to design a new Imperial Institute in Kensgington. The massive, and to our eyes overscaled, tower would have been a local landmark. The competition was won by T.E. Collcutt. Front elevation published in The Building News, December 21st 1883.