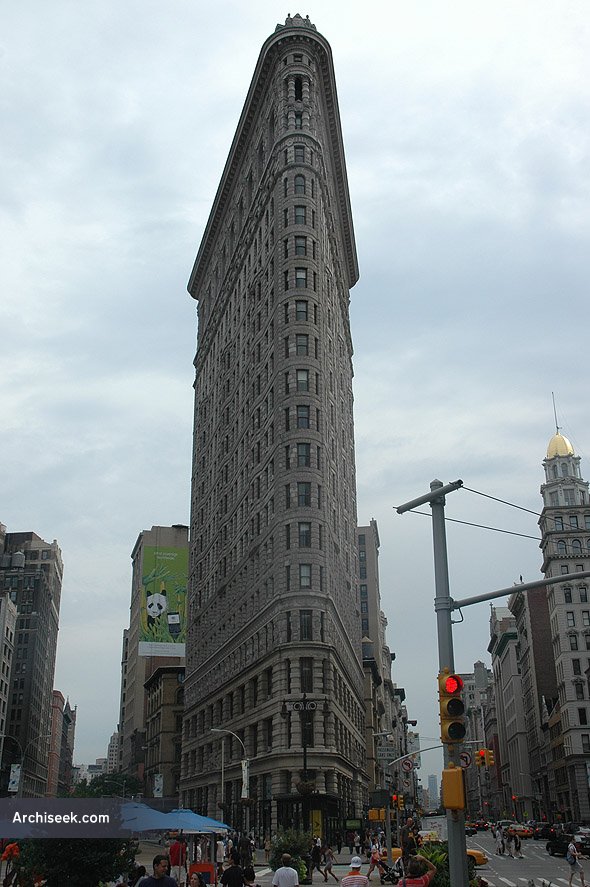 The Flatiron Building, or Fuller Building as it was originally called, is considered to be one of the first skyscrapers ever built. The neighborhood around the building is called the Flatiron District after its signature building, which has become an icon of New York. It was designed by Chicago’s Daniel Burnham as a vertical Renaissance palazzo with Beaux-Arts styling – the Flatiron Building epitomizes the Chicago school – its facade of limestone at the bottom changing to glazed terra-cotta is divided into a base, shaft and capital.

Early sketches by Daniel Burnham show a design with an unexecuted clockface and a far more elaborate crown than in the actual building. At the vertex, the triangular tower is only 6.5 feet wide; viewed from above, this “˜pointy’ end of the structure describes an acute angle of about 25 degrees.