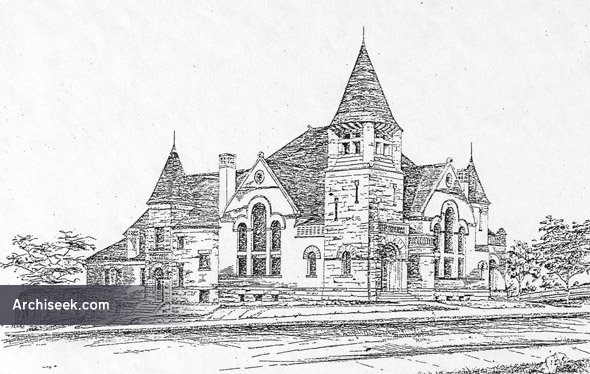 A lot on the southwest corner of Lawrence and Pearl (Oneida) Streets was purchased to replace the old location of First Congregational Church in the 1880s Construction of a new building, largely faced with red sandstone from Lake Superior, began in 1888 and was completed the following year at a cost of $37,000 to designs by Warren H. Hayes. By the mid-1960’s, the congregation felt that the beloved “Old Red Church” was near the end of its useful life. Extensive structural repairs were needed, and the impending construction of a high-level bridge on its site made rebuilding impossible. A site of more than four acres was purchased on the south side of the river and, after a thorough study of the present and future needs of both the congregation and community, a new church was constructed. Warren H. Hayes’s church was demolished in the late 1960s.