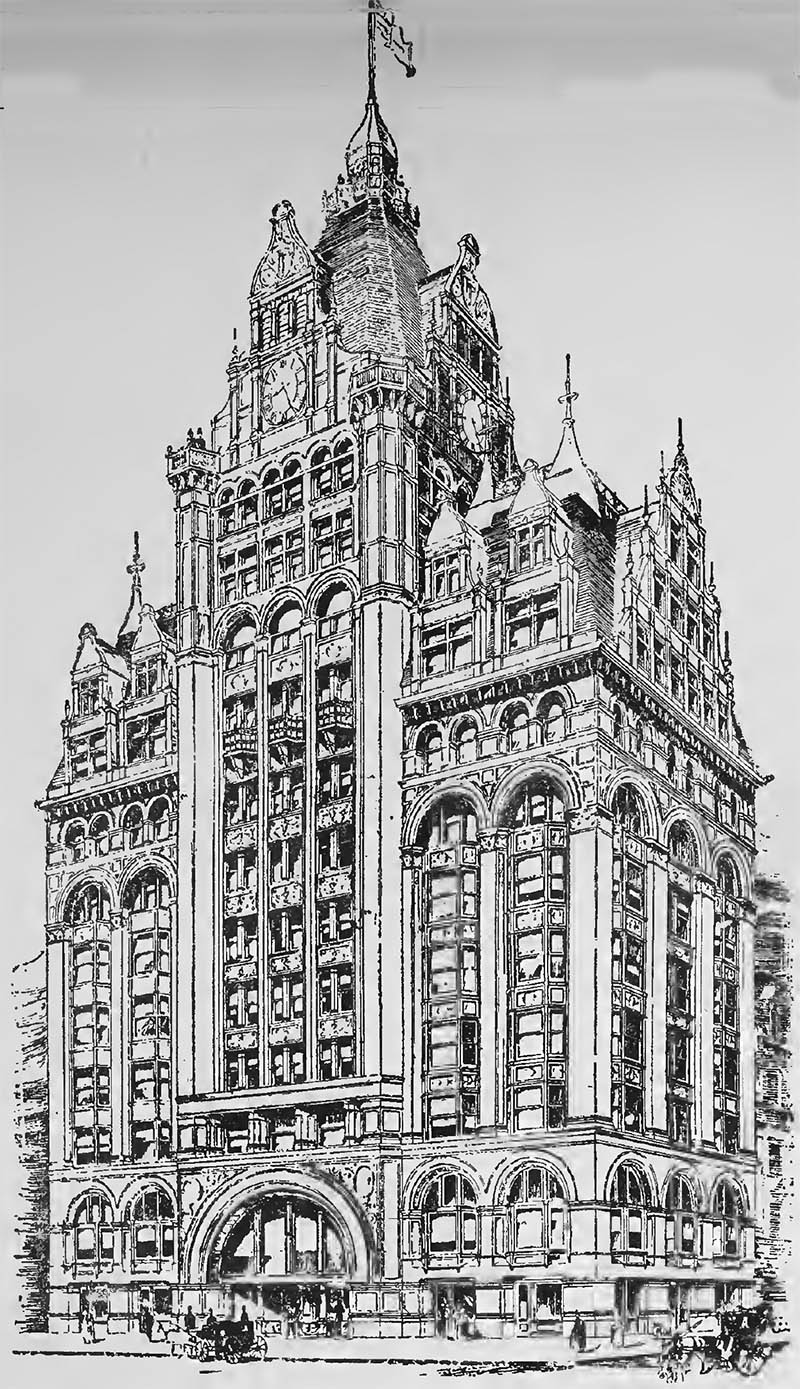 Built in 1891, it was Milwaukee’s first skyscraper, and was the tallest building in Milwaukee until the Milwaukee City Hall was finished four years later. Demolished in 1981.

“The loftiest and most imposing structure in the State will soon rear its massive walls in this city at the corner of Wisconsin and East Water streets, in the form of Captain Pabst’s magnificent office building. This mammoth pile will be thirteen storeys high, its altitude from the pavement to the apex of the tower being 235 ft. The building will be entirely fire-proof, and will be constructed of brown stone, brick, and terracotta. The first main floor will be occupied by the largest capitalised bank in the State. All of the floor below, except that portion needed for the heating and lighting apparatus, will be fitted up in most elaborate style as a restaurant and saloon. The other eleven storeys of the building will be devoted to offices, of which there will be 200. On the first and second floors will be located the safety deposit vaults, which will have every convenience mechanical ingenuity can suggest, and will be superior to those of any other cities of the West. The elevators will be of the most recent designs, and will be very rapid. The architect of the building is H. Beman, of Chicago. It is expected to have the structure completed in May next. Its cost will be about £100,000.”