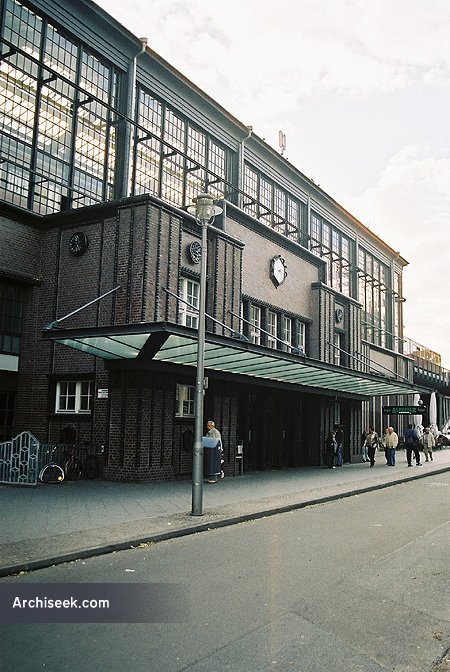 The original station which opened in 1878 was designed by Johannes Vollmer. However due to the need for expansion over the years, very little of his work is now visible. A beautiful iron and glass station covers the elevated lines of the S-Bahn. At the lower street level,the building has a fine brick facade with clearly expressed entrance halls with glass canopies.

The steel-truss, double arched train shed was built between 1919 and 1925, featuring large glass panels. On the northern side of the building, two entry halls in the expressionist style were built, and the whole northern side was covered by a characteristic dark tile. The southern facade was only plastered until the last renovation in 1999, when it was also covered by tile.