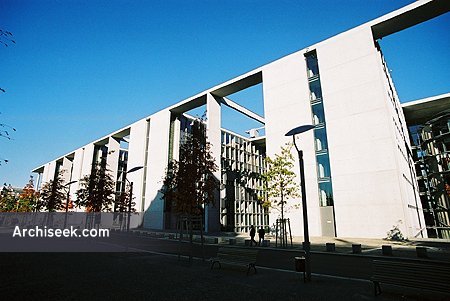 After the Bundestag moved back to Berlin, buildings had to be constructed to contain supporting services. Paul-Löbe-Haus, built alongside the Reichstag houses the committees of the Bundestag. The building has a central spine off which smaller blocks projects at ninety degrees. These are linked at parapet level to give the building continuity along its street elevations. This has the effect of creating voids in the facade which turn the space between the projecting blocks into internal courtyards.