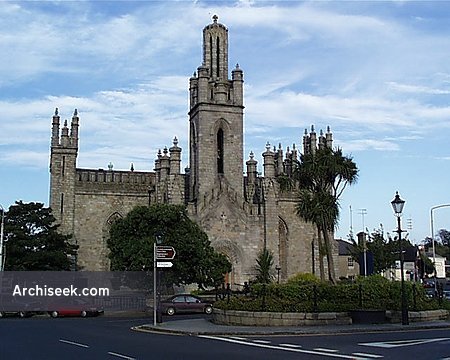 Originally built in 1789, but re-modelled in 1830 by John Semple, the Church of Ireland in Monkstown is an extravagant piece of 19th century church architecture. Extended in 1868 by John McCurdy who added a chancel in the same style as Semple’s original. This was the poet John Betjeman’s favourite church (he preferred it to the Cathedral of Westminister and visited it while based in Dublin during the 1940s). The interior has interesting reredos and an highly ornate organ gallery and stained glass.