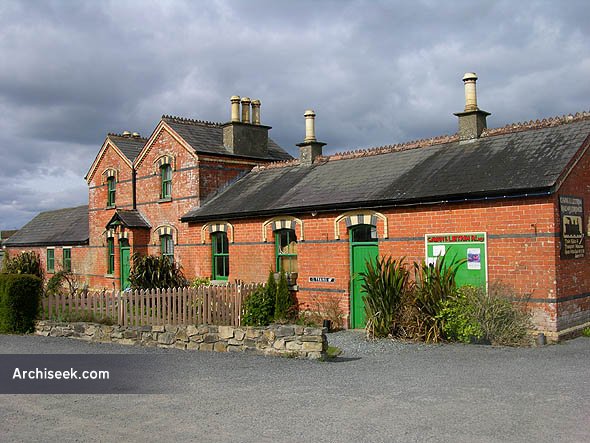 A modest station on the local narrow guage railway, this is a fine little Victorian station with attached stationmaster’s house. Originally the Cavan, Leitrim and Roscommon Light Railway and Tramway Co. registered in 1883, the first section of line opened to Belturbet in 1887. It became known as the Cavan and Leitrim Railway in 1895. In 1920 it was extended to the coalmines at Arigna which extended its life until it finally closed in 1959. A section of the line was reopened in 1994.