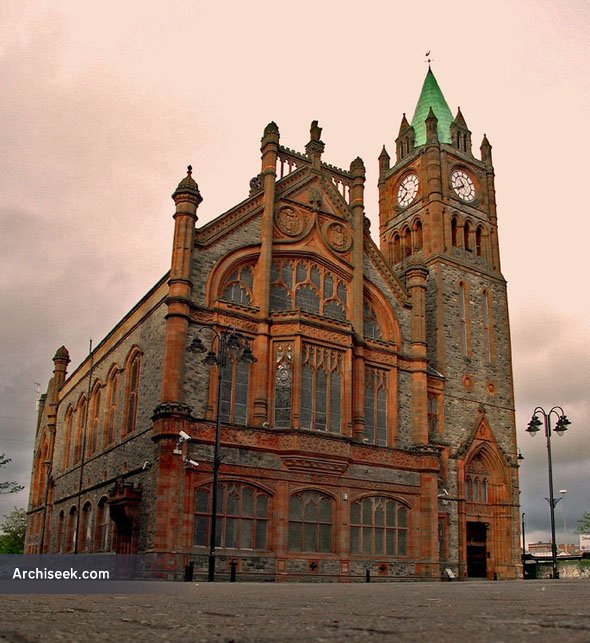 The Guildhall was originally built in 1887 by The Honourable The Irish Society at a cost of £19,000.00 and was officially opened in July 1890. Originally designed by John Guy Ferguson, the elaborate Gothic window to the south is by M.A. Robinson who restored the building after a fire in 1908. Bombed twice in 1972, the building was refurbished and reopened in 1977 at a cost of £1.7m.

Fashioned in neo gothic style it is one of the most striking buildings in the northwest of Ireland. Housed in the Guildhall are some of the finest examples of stain-glass windows in the whole of Great Britain. Decorated with Drumfrese sandstone, marble, oak panelling and ornate ceilings, the Guildhall is the premier tourist attraction in Derry.