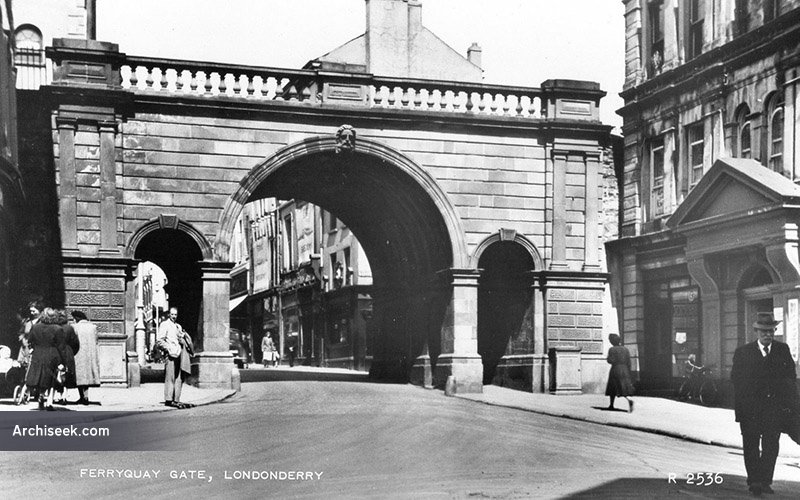 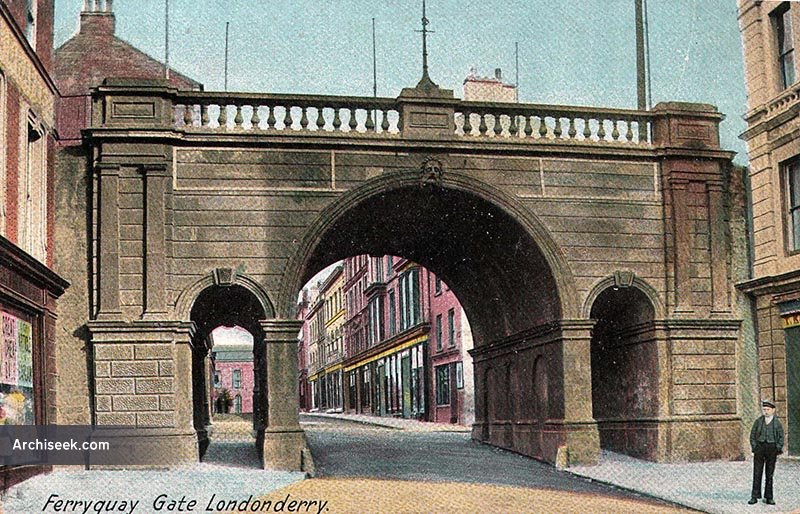 The site of one of the four original gateways; it overlooked the ferryquay on the River Foyle. This was the gate closed by the Apprentice Boys of Derry in December 1688 against the Jacobite army of James II.

‘The New Ferry Gate, Londonderry, contracted for with the Corporation by Mr. Matthew McClelland, builder, &c., at a cost of £750, is to be commenced immediately. The new gate will have a main and two side arches. The first will be 17 feet high by 18 feet wide; the latter will have 5 feet of span and 10 feet of height. Both fronts will be finished in finely wrought freestone, with rusticated ashlar quoins. The keystones of the arch will be carved into memoheads, and the structure will be surmounted by a handsome parapet, with freestone balustrading. The design was furnished by the city engineer, Mr. Collins.” The Dublin Builder, June 15 1866