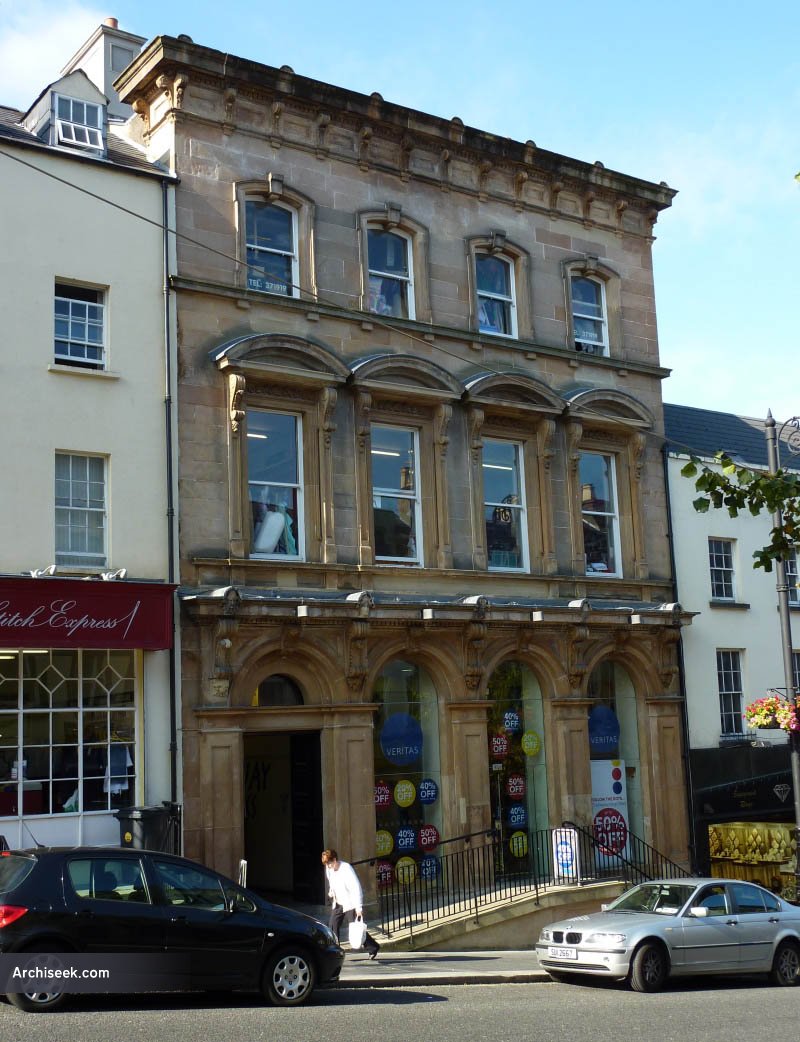 “The building recently erected in Londonderry for the Bank of Ireland, was opened for business on Monday, 3rd inst. It stands in Shipquay-street on the site of premises formerly occupied by Messrs. M’Connell, wholesale grocers. The façade presents a pleasing elevation. The style of architecture is Italian, freely treated. The first storey has a bold and effective dentil cornice, supported by elaborately-carved trusses and pilasters. Over the cornice there are five finely-executed heads. The windows in this storey have circular heads, bold archivolt mouldings, and sunken and moulded spandrils.

On second storey the windows have square heads, and the dressings consist of pilasters, trusses, and segment entablatures. The windows of the third storey have segment heads, with plain architrave dressings. The material used in principal front is Glasgow stone. The windows are filled with plate glass; those of the public office are secured with patent revolving shutters. The ground floor comprises the public and private offices, strong rooms, lavatories, w.c.’s, &c., all suitably fitted and furnished. On the upper floors are apartments for the agent. The kitchen, servants’ apartments, and porter’s room, are in the rere of the building. A residence for the sub-agent has been provided on the portion of the site facing Magazine street. The plans were prepared by the architect to the Bank, Sandham Symes, Esq., F.R.I.A.I., Lower Dominick-street, Dublin. The works have been well executed by Messrs. G. and R. Ferguson, Pump-st., Londonderry.” The Irish Builder