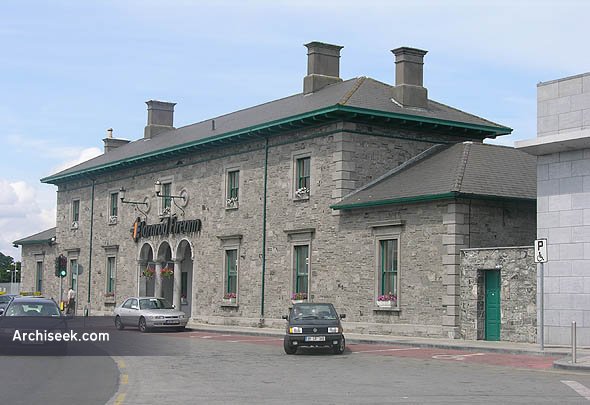 This elegant Italianate station with its entrance through a recessed loggia of three arches was built to the design of George Wilkinson who is better known for his fine Harcourt Street Station in Dublin. From 1859-1927 it served as the Great Southern & Western Railway Station. It then became a goods station with the passenger traffic transferred to the Midland Great Western Railway Station.

The MGWR Station or East Station was designed by John Skipton Mulvany and opened in 1851. It closed in 1985 when the station for Athlone was transferred to the newly renovated Great Southern and Western Railway station (known as the Southern Station) which had closed to passengers in 1927.