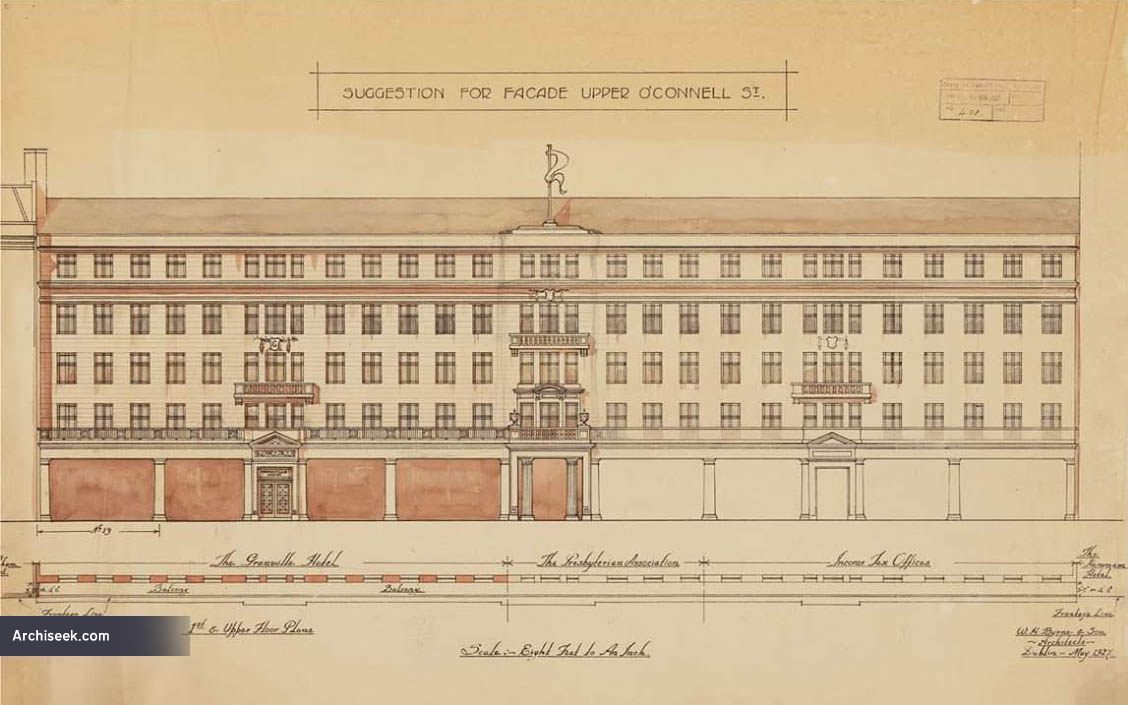 Unified terrace scheme for three stakeholders – the Granville Hotel, the Presbyterian Association, and an Income Tax Office. A continuous balcony was to run along the facade at first floor level.

The buildings had been destroyed in the Civil War. Fighting which began at the Four Courts on 28 June 1922 spread to other parts of the city but mainly centered on O’Connell Street. On the 29th anti-Treaty IRA units from the Dublin Brigade led by Oscar Traynor had occupied buildings on O’Connell Street, part of Parnell Square, York Street and some of other locations to try to distract Free State attention from their attack on the Four Courts.

The anti treaty forces occupied the northeastern part of Upper O’Connell Street, with their strong point at “the block”, a group of buildings that they had connected by tunneling through the walls. They had also taken over the adjoining Gresham, Crown, Granville and Hammam hotels. Traynor’s men in “the block” held out until artillery was brought up, to bombard them from further south on O’Connell Street. By the time they surrendered on the evening of Wednesday 5 July, Upper O’Connell Street was in ruins, with over twenty buildings destroyed and property loss estimated at between £3 and £4 million.