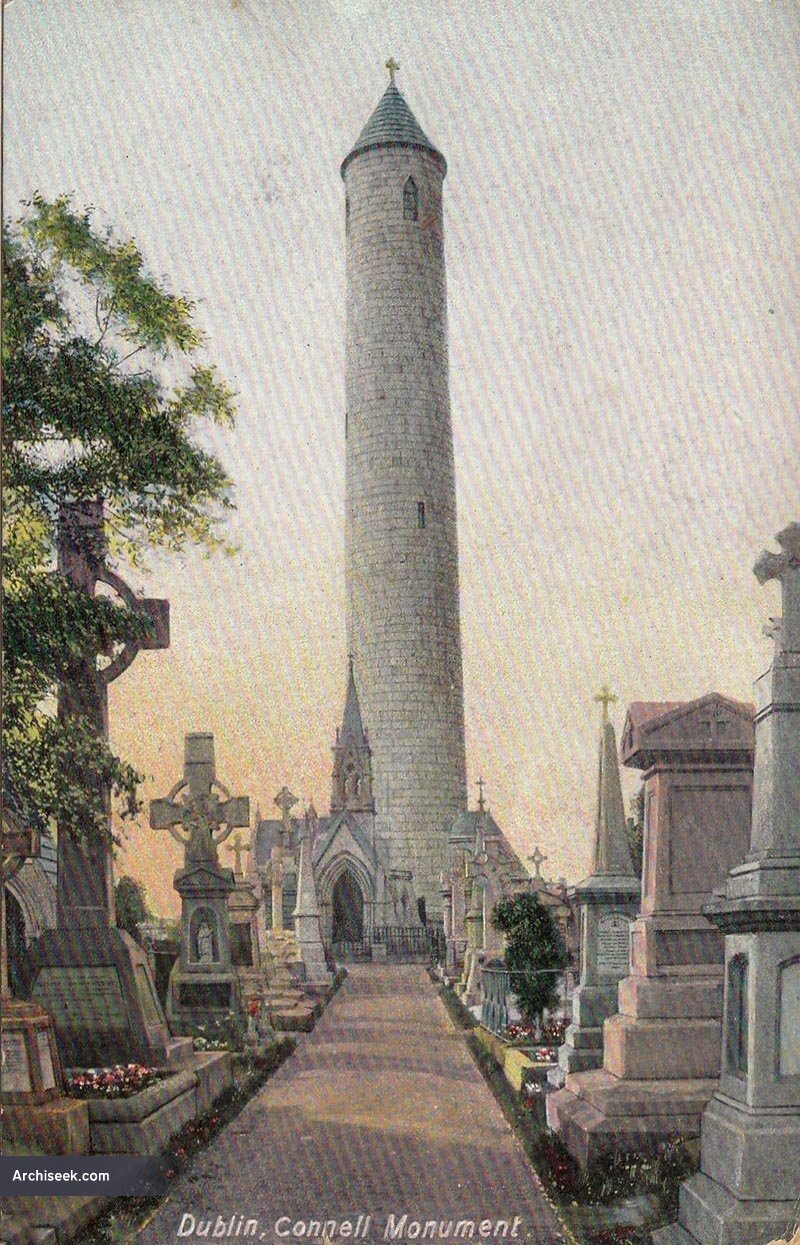 Round tower to commemorate Daniel O’Connell with richly decorated crypt underneath containing a tome by Earley & Powells. The building of the tower to commemorate O’Connell’s death, was funded by public subscriptions and began in 1855 and finished in 1869. The original scheme was to include a Celtic cross and a chapel similar to Cormac’s Chapel in Cashel, but funds were not available. It was built around the same time as the Wellington Monument in Phoenix Park and Nelson’s Pillar on then Sackville Street, now O’Connell Street. The tower is 168 feet high and was accessible internally until 1971 when a bomb damaged the stairs.