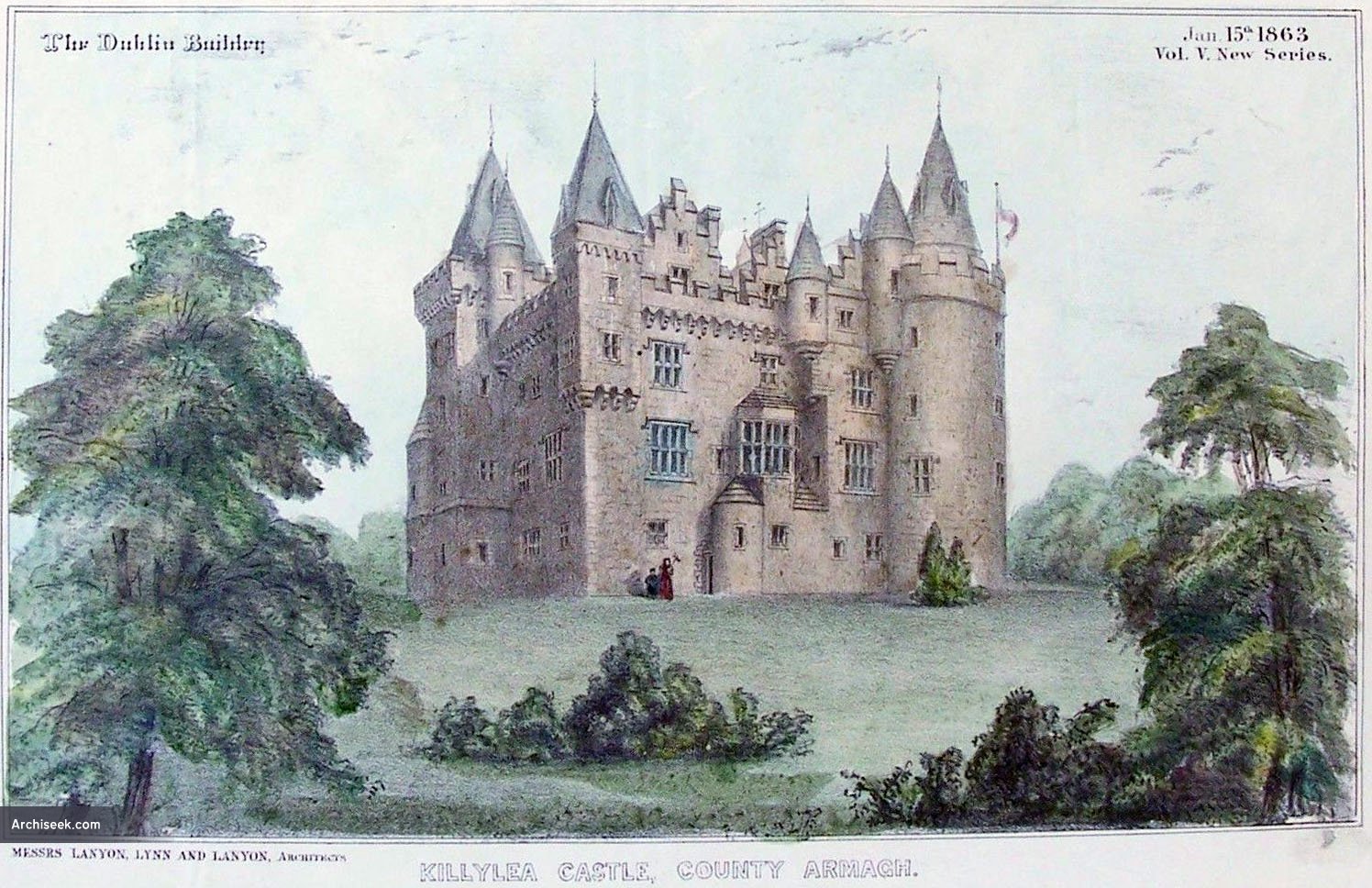 “At the termination of a leading street in the thriving town of Killylea[gh], county Armagh [Down], is a domestic residence of more than ordinary architectural pretensions, a view of which we present herewith. The main block of building is 70 feet square, but a rectangular court-yard, with enclosed walls and distinct entrances is attached, and materially increases the area. Excepting the circular tower seen at nortli-east angle, the structure is new, and was erected from the designs of Mr. Chas. Lanyon, of Belfast, architect. Its composition is highly artistic, and displays, perhaps, one of tlie best specimens of castellated architecture applied to domestic residences in Ireland. We look at it from the south-west, each elevation facing the grounds which are beautifully laid out, and contributing naturally the pleasing picturesqneness of a sloping approach.

This is the residence of the Hamilton family, having passed thereto from other hands, and was altered and improved to its present condition by the late Captain Hamilton. Internally the arrangements are most commodious indeed; such as should be comprehended in the requirements of a gentleman’s mansion, some ef the apartments being remarkably spacious and handsome, the fittings, carvings, and other decorations, approaching the superb in some respects. The material employed for walling is the basaltic stone of the neighbourhood, and the dressings and finer class of work is of Scotch stone, which is extensively employed in Ulster. The design of the architect for this mansion was ably carried out by the eminent contractors Messrs. D. and J. Fulton, at an expenditure over £6,000, and it will bear most favourable comparison with many others of modern times in the kingdom.” January 15 1863

The house dominates the small village and is believed to be the oldest inhabited castle in the country, with parts dating back to 1180. It follows the architectural style of a Loire Valley château, in its redesign by architect Sir Charles Lanyon. Still owned by the Hamilton family who have resided here since the early 17th century.