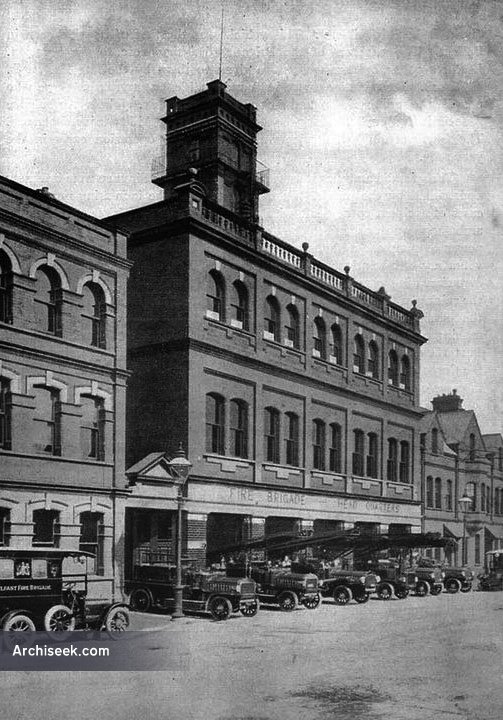 The former Fire Brigade Headquarters at 96 Chichester Street were constructed 1892-94 by Borough Engineer J.C. Bretland and later extended in 1900. The headquarters comprised a group of red brick buildings forming a block on Chichester Street, Oxford Street and Townhall Street. The main building was a three storey red sandstone structure with five fire engine bays and a tower. The station closed in 1993 when the Fire Service moved to a new building at Ormeau Avenue. It was later demolised and is now occupied by the Laganside Courts.