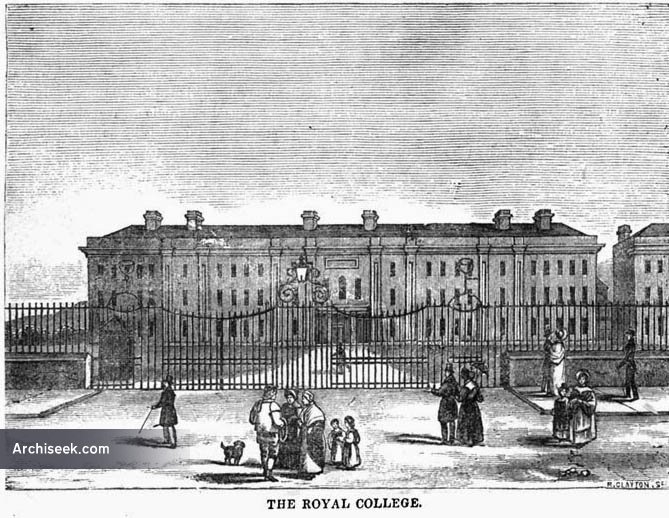 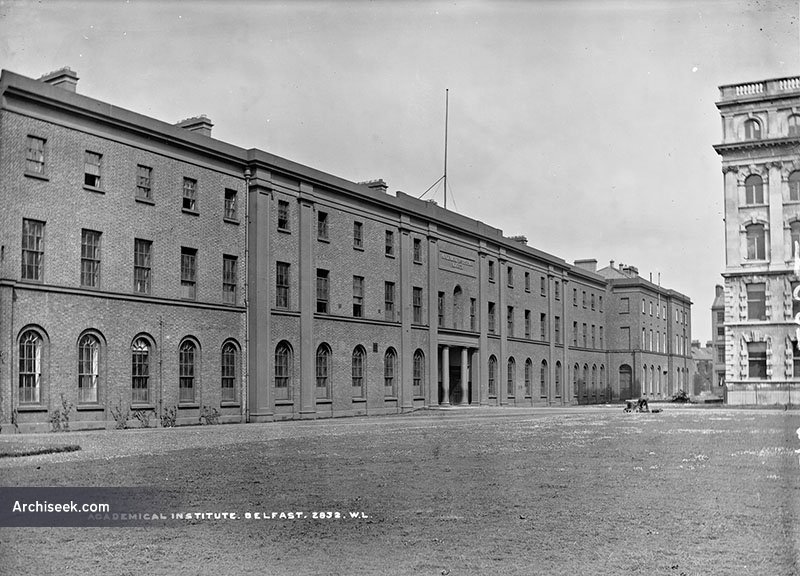 The Institution was founded by the public subscription of the citizens of Belfast in the early years of the nineteenth century. Designed by John Soane, after a process where he submitted a number of alternative schemes without charge in 1808. The foundation stone was laid in July 1810 by George Augustus Chichester, the Second Marquis of Donegall, with the school opening on 1st February, 1814, as both a school for pupils and a college for students. The interior is much altered.

Described in The Dublin Penny Journal, Views in Belfast (1833), as “The edifice erected for this Institution is an extensive range of building, surrounded by a wall, with an iron railing in front, situated at the western end of the town, apparently designed to form the centre of a square, on three sides of which, houses, many of them of a very elegant description, have already been erected. The building itself, however, although presenting rather a good front, is by no means of that architectural character which such an institution would demand.”