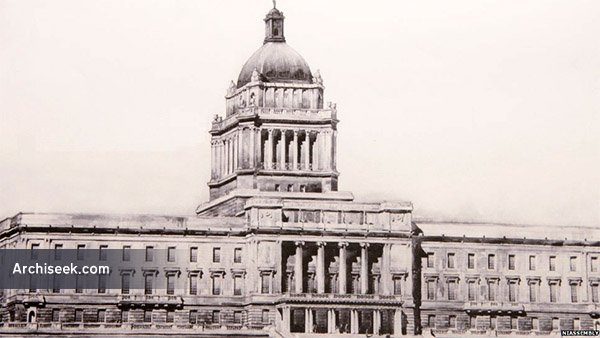 After the partition of Ireland with the Government of Ireland Act, 1920, plans for a large domed building with two subsidiary side buildings, housing all three branches of government – legislative, executive and judicial – were drawn up. The plans, which included a large dome over the central building, were scrapped following the Stock Market Crash of 1929. Instead, a smaller dome-less building designed by Sir Arnold Thornely in the Greek classical style and fronted in Portland stone, was erected on the site.