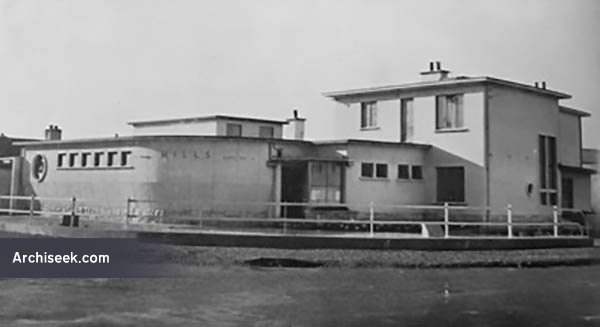 Opened as Mills, later known as The Submarine Bar. Originally the structure included accommodation for the publican. In this guise, its lost most of its modernist lines, being covered in signage and mock-georgian windows added. Demolished to make way for a larger bar and shopping centre – the bar closed in 2013.