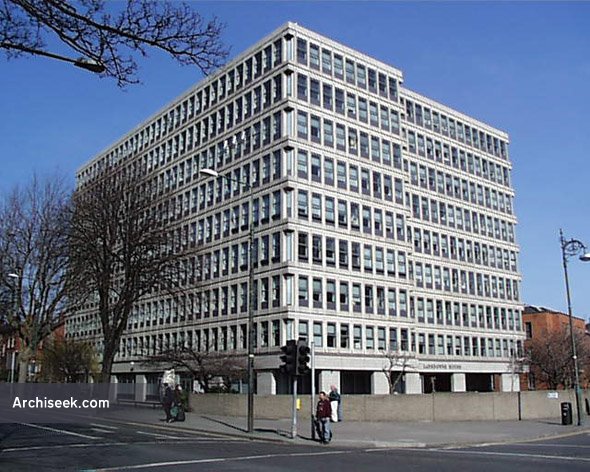 A massive development on the site of some large Victorian houses, Lansdowne House was the first headquarters of AIB in 1967. Nine storeys and 102 feet in height it is hugely out of scale with the Victorian character of the area, though it still isn’t the worst looking building office development in the area. In an interview in 1967, Brian Hogan said that they sought the “vertical emphasis and proportions of the traditional window openings found in the houses in the area”. Renovation in the late 1990s improved its appearance by replacing the solid panels under the windows with a different coloured finish.