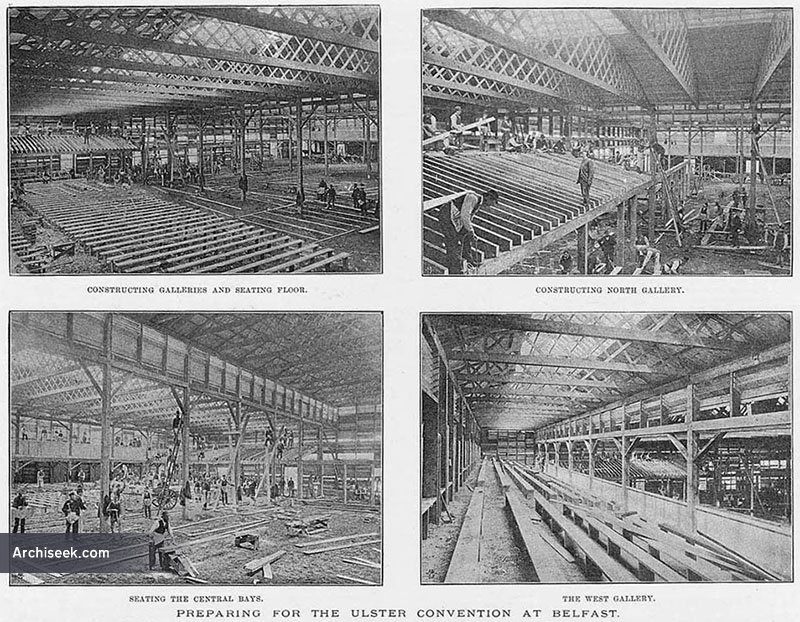 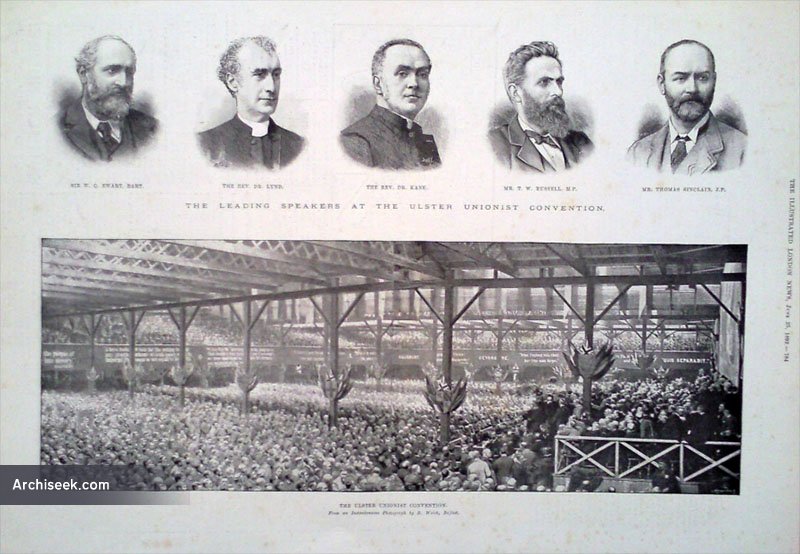 Temporary convention hall for a vast meeting of Ulster Unionists to discuss the possibility of Home Rule being granted to Ireland by Gladstone. Held in June 1892, the Ulster Convention was chaired by the Duke of Abercorn and attracted 20,000 opponents to Home Rule. The temporary building was designed to seat 20,000 on grounds to rere of General Assembly’s College on Botanic Avenue. It had large span Belfast Trusses supporting the roof.

It made the news around the world. The Queenslander in Brisbane, Australia ran a story in the lead-up to the event. “Belfast is now crowded with people in readiness for the Great Convention of Ulster Men, which is to be held there to protest against Home Rule. Much excitement prevails, but there has been no disorder of any kind. It has been decided that there shall be no processions through the streets, in order to avoid any collision with the Nationalists, which might result in rioting. Motions are to be submitted to the Convention declaring that the establishment of a Parliament in Ireland would result in violence and bloodshed, and pledging Ulster men to abstain from taking any part in the election of such Parliament, which Ulster would be forced to repudiate.”

The Los Angeles Herald published an article beginning with the terse description : “Associated Press. Belfast, Ireland, June 17.— The great Ulster convention, to consider the negative side of the Home Rule question, was held here today. Work was generally suspended. The city was decorated. Many mottoes, expressive of the Ulsterite determination never to submit to the rule of an Irish parliament, were displayed. Ten thousand delegates were present.”