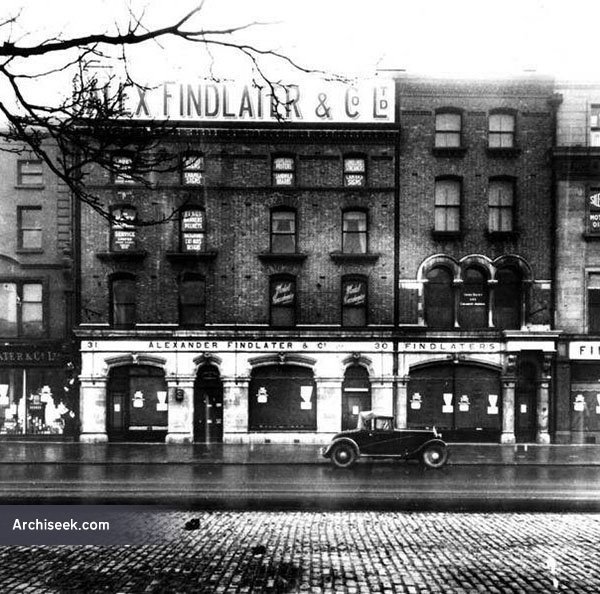 Former store belonging to the celebrated Dublin grocery chain Alex Findlater & Co. Extended over many years into the adjacent buildings. It was one of very few buildings in Upper O’Connell Street that had been largely undamaged between 1916 and 1922. The whole lot was demolished to make way for the disastrous Findlater House after the demise of the chain.