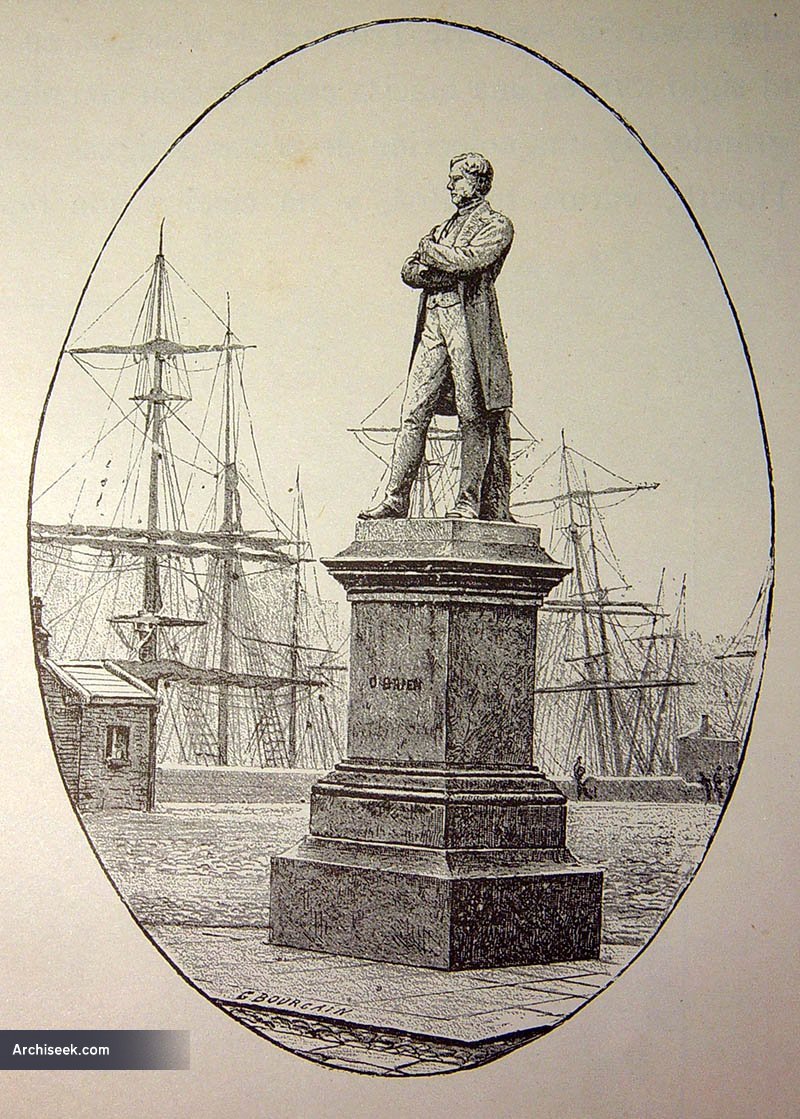 William Smith O’Brien (1811-1861) was an Irish nationalist Member of Parliament and leader of the Young Ireland movement. He also encouraged the use of the Irish language. His statue sculpted by Thomas Farrell originally stood near the junction of D’Olier and Westmoreland Streets but was moved to O’Connell Street in 1929. It was commissioned in 1867, and unveiled in 1870.

O’Brien was convicted of sedition for his part in the Young Irelander Rebellion of 1848, but his sentence of death was commuted to deportation to Van Diemen’s Land. In 1856 O’Brien was pardoned and returned to Ireland, but he was never active again in politics.

“In answer to numerous inquiries respecting this statue, and the prospect of its soon being placed on the site selected, we have to announce that the pedestal (which is to be of Dalkey granite) has been ordered, and is in hands. The figure (in Sicilian marble) has been long since executed by our fellow-citizens, Messrs. Farrell, and will soon be removed from their studio in Lower Gloucester-street, to the position now occupied by the lamps and pillars at south side of Carlisle Bridge.” The Irish Builder, November 1 1869.