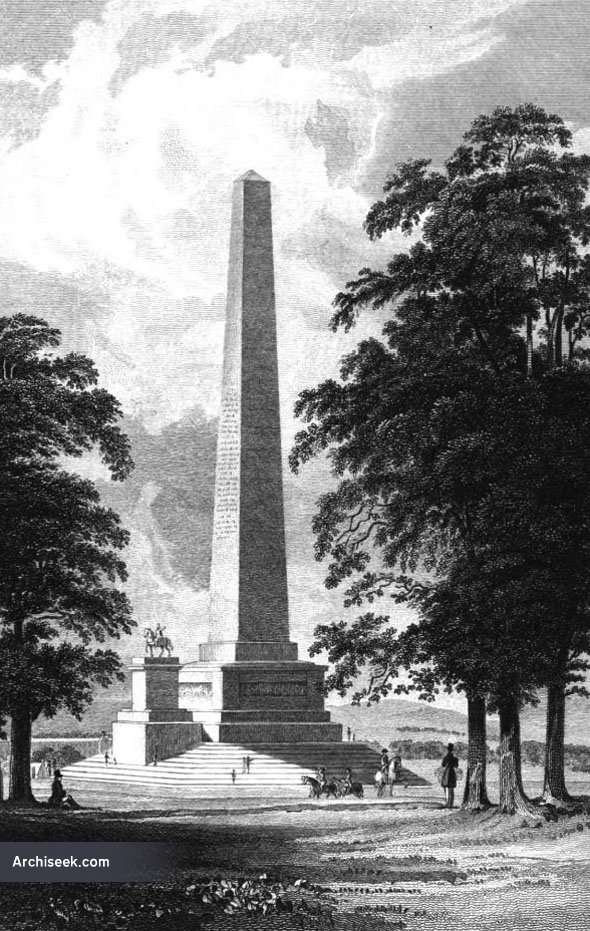 “Of all the public monuments hitherto raised in honor of the Duke of Wellington, that of the Citizens of Dublin is, if not the most graceful, at least the most colossal and magnificent. It stands on very elevated ground in the Phoenix Park and consists of an unadorned Obelisk, resting on a pedestal 56 feet square and 24 feet high, which is accessible by a pyramidal flight of steps, making a total height of 205 feet. The pedestal is intended to be ornamented with bas-relief medallions, representing the chief battles won by His Grace, and an insulated pedestal on the east side, is intended also to support an equestrian statue of the Hero of Waterloo. For those embellishments, the requisite funds are as yet wanting. The sides of the Obelisk are inscribed with the names of the several victories gained by the Duke. The whole monument is of cut granite, and was raised at an expense of about 20,000”.