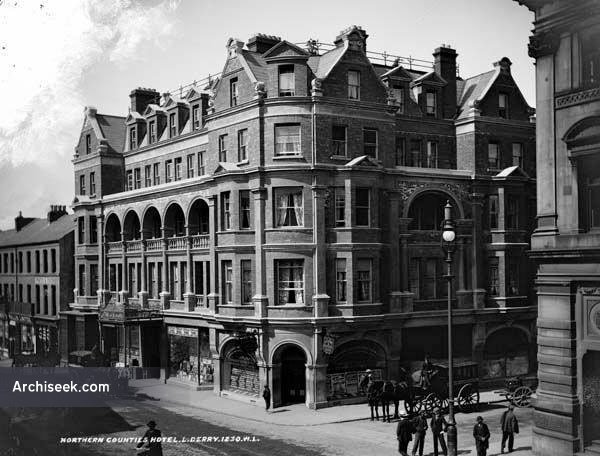 The Hotel was badly damaged by several bombs during The Troubles and much of the exterior ornamental detail and an ornamental porch was lost. A new modern extension to the rear was constructed. This project which received substantial conservation funding involved a total refurbishment and extension to a Grade B1 listed building.

Designed by Alfred Arthur Forman who was a widely travelled architect originally from Australia. From 1883 to 1887 he was articled to the Melbourne architect William Pitt and in 1890 he opened his own office in Melbourne. From 1894 to 1906 he worked around the world – South Africa, the United States, England, and Scotland but spending the longest period in Northern Ireland, where he had arrived by 1897. He worked in Derry for about five years. Forman appears to have left Derry for Canada in the winter of 1905-6 and to have returned to Melbourne by March 1906. The last twenty years or so of his architectural career were spent in Sydney.