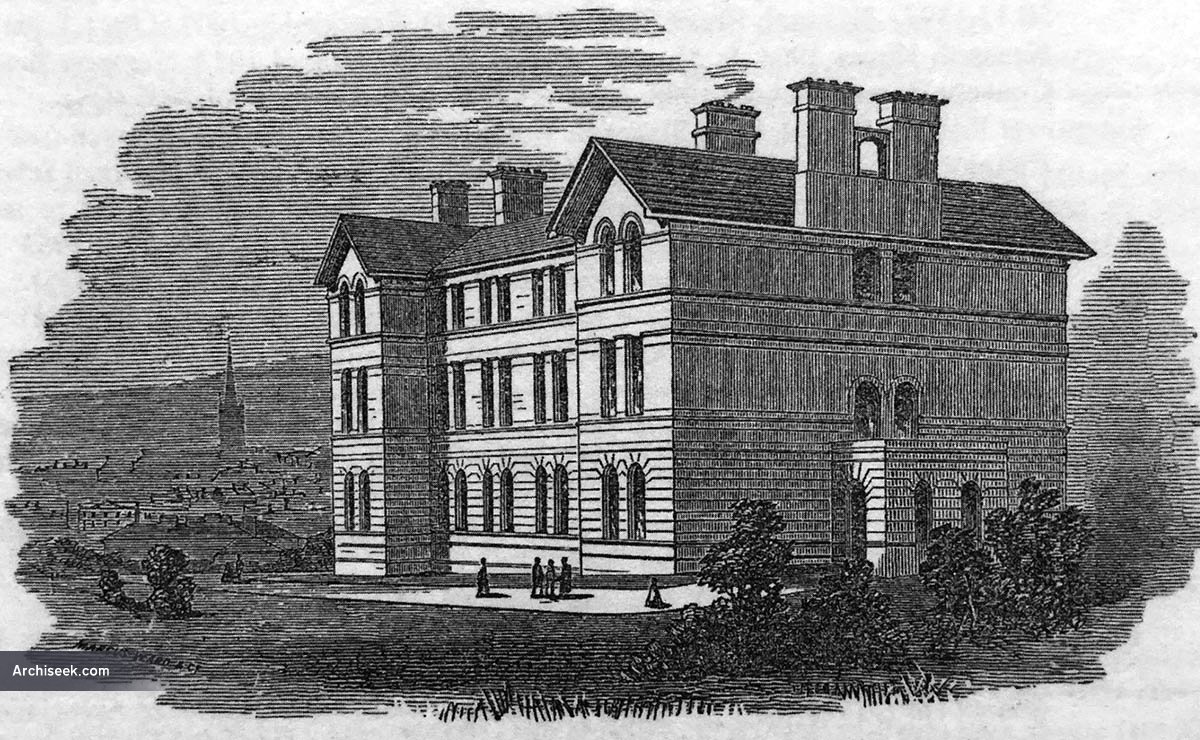 Described in the Irish Builder as ‘notable for the almost total absence of any mere ornamental features’.The Londonderry Academical Institution was established by a body of influential local merchants, and moved in 1871 from East Wall to a new site in Academy Road. The Honourable The Irish Society, which contributed to the funds of both this and Foyle College, proposed a scheme of amalgamation, and negotiations finally resulted in the passing of the Foyle College Act in 1896, the united school retaining the name and with it claiming the traditions of the older school. By the turn of the 20th century the Academy Road building was used for boarding and was demolished in 1970 for an old people’s home.