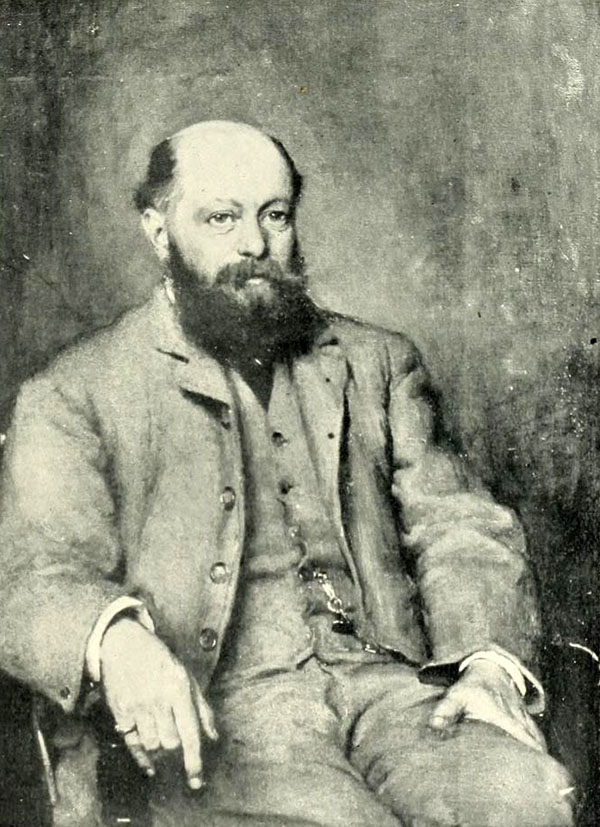 In initiating a series of interviews with the leading men connected with building in Ireland, no more fitting start could be made than with Sir Thomas Drew, P.R.H.A., the President oi the Royal Institute of Architects of Ireland. Having the privilege of now many years acquaintance with Sir Thomas no difficulty was experienced in seeing him -not, indeed, that any one experiences any great difficulty; for busy man and versatile as he is in the employment of his time, professionally and socially. Sir Thomas Drew is ever amongst the most accessible of people— indeed, a constant recipient of the confidences of the puzzled, the doubtful, or the beginner in the profession, and few budding architects who have availed themselves of his kindly advice but will gladly admit they are the better and the wiser for his ready help and ripe judgment, freely accorded to all.

Sir Thomas Drew I found in his pleasant little office in Clare street — a room that somehow is suggestive of an architect. Few of our Dublin architects have attempted to give their sanctum what is termed “an artistic aspect,” and Sir Thomas Drew has not ostentatiously striven, but there is unquestionably something — whether it is in the well chosen articles of furniture, the pleasant, quiet tone of colour, or the nice old Georgian mantel (snatched from destruction), or what, I know not, but there is something.

I had mentally prepared a number of questions, but half were never propounded ; the time went too pleasantly in easy chat, almost to the risk of forgetting the object of iny call. “ Sir Thomas Drew, you were, I believe, born in Belfast was the first of those mental questions stored in my mind to be used in the most approved fashion of the interviewer. But it was one of our “slaughtered innocents.”

In the result I confined myself to a few “leading” questions.

“ What is your opinion on the present state of the architectural profession in Ireland, and the prospects of elevating it educationally to the le\el of English practice?” I began. “I see no reason why it should fail to reach a high level, and why architectural education should not attain to a high standard in Ireland ; the only obstacle, and it is a serious one, is our isolation. England has in itself a wide field to draw upon, and is moreover in touch with the Continent in a manner we can never be. A very good spirit seems to prevail in Ireland at present, and we must look to the rising generation to bring architecture in this country to a higher level. A not very satisfactory feature is, however, the increasing employment of English architects. At ‘present there are many Englishmen non-resident in Ireland who have designed some most important works. Of course, this may be in a measure due to Irish architects themselves, and if they take exception thereto the only way is to qualify themselves to meet the English architect on his own ground, and perhaps carry the war into the enemy’s country by boldly entering for and winning competitions on the other side.”

“ More particularly in regard to Education and its development architecturally, what are your views ?” I asked — “Of course, I am in favour of advancing education by every means in our power,” said Sir Thomas; “but I hold with the majority of architects who believe we should keep it as much as possible in our own hands — that is, we should have a controlling influence. No doubt many of those who suggested the establishment of a Chair of Architecture at the College of Science and Classes of Architecture in connection with the Technical Schools, thought the opinions expressed at a recent meeting of the Association strange, but the fact is we cannot permit any thing to be done which would open a backdoor into the profession for incompetent or half trained men.”

“ You are then, I hope, in favour of the maintenance of the old-fashioned system of apprenticeship ?” “ Decidedly,” replied Sir Thomas, “ it is at present the only test we have, and should be enforced. But I agree that men who have entered into practice on their own account, and have honourably and fairly carried on business for a number of years, should be eligible for membership of our Institute, even if they have not served regular indentures. The rule insisting upon indentures is not framed for the purpose of excluding such as these, but rather for securing that young men desirous of admission shall have received some form of an adequate training as architects.”

“Sir Thomas, do you not agree with me that the relations architect and builder in Ireland are of an exceptionally pleasant and harmonious character?” “Yes,” replied Sir Thomas Drew,” that is certainly so, but it is a delicate subject to say much upon, because, just now, there appears to be a very general movement amongst the builders, which finds expression in a desire for a revision of the “general conditions of contract ” now in almost universal use. These claims have admirably served their purpose for a lengthened period, though it may well be, that some revision of the clauses governing the terms of arbitration is desirable.

It must be remembered,” added Sir Thomas, “ that this form of contract was originally drafted in London, with extreme care, and under the guidance of the best procurable legal advice, given by men who were not only able lawyers, but of special experience in this particular class of legal work.

Further, before being adopted by the Irish Institute, the form of contract was submitted to the judgment of the ablest Irish lawyers of the day. The builders have tentatively drafted a form of contract for acceptance, but the Council of the Irish Institute have, not as yet, considered it. The existing form of contract is so carefully drafted, from a legal -point of view, that any amendments thereto must be prepared in irreproachably legal fashion, with the help of the ripest judgment. Anyhow, the whole question is now under consideration in London, and it is unlikely that anything will be done here until we know what determination has been arrived at in London.

As an example of the evils of ill-drawn conditions, I may cite the once famous building case of Doolin v. Dixon, which lasted over thirty days, and cost an enormous sum, in costs. It formed the subject for a remarkably interesting paper read before the Institute by the late James Owen, M.A., a former president, – and it is printed in the proceedings of the Institute. The Rev. Mr. Dixon, the Superior of the Vincentian Church,’ at Phibsboro’, and the late Walter Doolin, were an admirably matched pair of opponents. Both were keen and obstinate. The contract was so peculiarly drafted that almost ,j every week there was a fresh arbitration. Nearly every | shovelful of mortar used was the subject for a fresh sitting;) of arbitrators, and, as I have said, ultimately ended in law.”;:

I next asked Sir Thomas Drew whether he had not to note very many changes in the conditions under which architects worked nowadays, and when he first began his career in Dublin. “A very great change, indeed,” he answered. The most notable difference of all is, perhaps, that of social position ; then architects were hardly looked upon as gentlemen, or as professional men at all. They were considered to be something of the nature of tradesmen, and were generally ignored. No important buildings were in course of erection, and most of their energies were devoted to the designing of ill-planned suburban houses.

The great increase of building some forty years ago resulted in a great quantity of building litigation, and the lawyers, needing technical guidance, architects begun to be called in as expert witnesses. This class of work became a speciality with many of them, and, finally, the recognition of architects by the greatest lawyers of the day, who were glad to avail, themselves of their help, greatly contribute to improve the social status of the profession. Generally, there is now a vast improvement, from every point of view.”