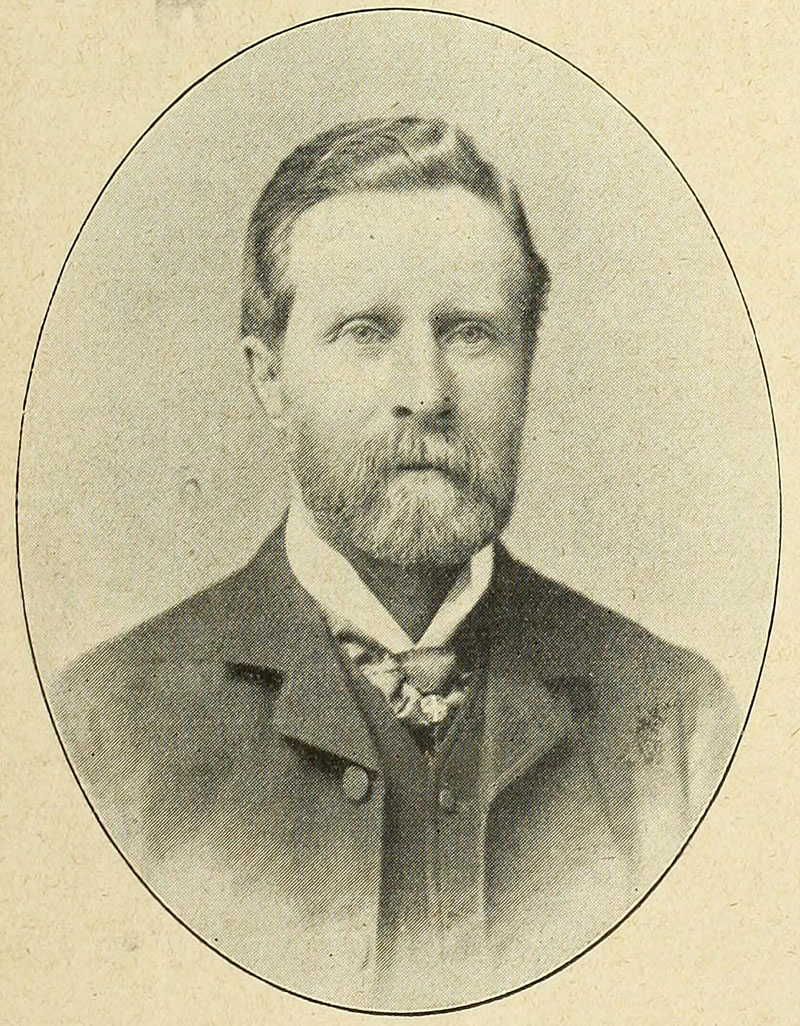 “Mr. Arthur Hill is one of the leading architects in the South of Ireland. He has done good work all over the South — and few Corkmen are more deservedly popular. He has been long m practice in Cork, and enjoys an extensive connection. He is a Master of Arts and Bachelor of Engineering of the Queen’s University, a Fellow of the Royal Institute of British Architects, and of the Royal Institute of Architects of Ireland. He is an old and valued member of the London Architectural Association, and a regular attendant at the pleasant annual excursions. Mr. Hill is a highly accomplished musician, and on the excursion his services on the occasion of the annual smoking concert are in great request, and when he misses an excursion his absence causes a gap impossible to fill.

Mr. Hill’s father was an architect, and a charming water-colourist as well, so we can imagine him building castles in the air when in the petticoat of the period. In due course he entered the Queen’s College and took the diploma of “C.E.” (afterwards converted into the Degree of B.E.) in 1865, with Honours. Mr. Hill then went to London, and spent a year in the office of Mr. W.H. Wyatt, and a couple of years divided between the West London School of Art and the Royal Academy, of which he had by this time become a student. During this time in London Mr. Hill could not but be forcibly struck by the want of proper training for architects, as compared with what young engineers could obtain in several Scotch and Irish Universities, and he wrote a paper, entitled, “College Training for Architects,” which was read at an Architectural Congress, advocating the need for placing Engineering and Architecture on the same educational footing in the several Universities in the Kingdom. Since then the American Universities have stepped in and established such schools. A generation has passed, and in this year of grace, 1901, there is one student in the United Kingdom of Great Britain and Ireland entered for the Degree of B.A. in Architecture. The Victoria University, to its honour be it said, having established such a degree in the Architectural School of Liverpool University, their first student has been duly entered a few weeks ago.

Mr. Hill was appointed Lecturer on Architecture to the Queen’s College, Cork, some few years ago, and delivered several courses of lectures on the History of Architecture, but owing to the way in which the progress of the colleges had been cramped, had not opportunity for attempting to carry out his ideas on the subject of an Architectural School

In 1870 he published Illustrations of Ardfert Cathedral, and Killmalleden Church, in Kerry, and Cormac’s Chapel in Cashel, in 1874.”
Published in The Irish Builder, November 7 1901.