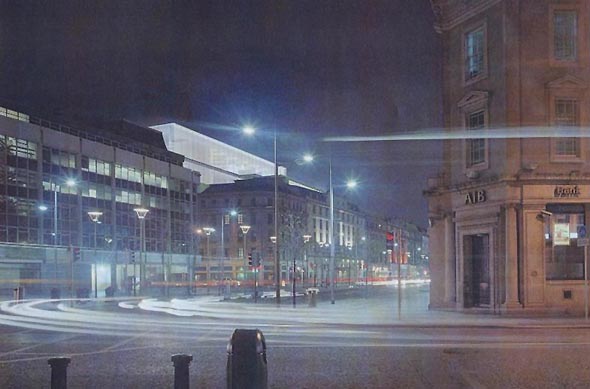 Unbuilt proposal for a large extension to the existing Gresham Hotel on Upper O’Connell Street. Despite receiving planning permission in 2008, never constructed. The plan included the addition of 179 new hotel rooms and a new glazed conference facility on the eight floor. Designed by architects Cantrell and Crowley, the plans for the 288-bedroom hotel also included a day spa, fitness area and courtyard garden at first floor level. A new executive lounge and roof garden was to be at seventh floor level.