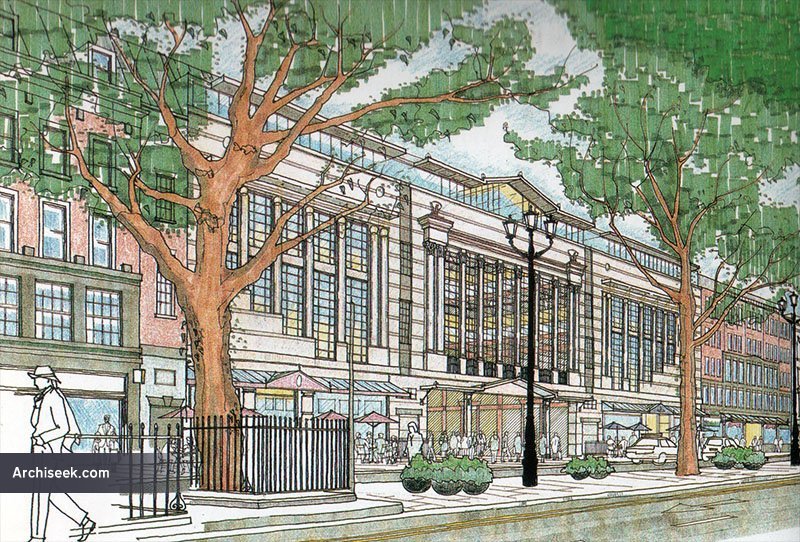 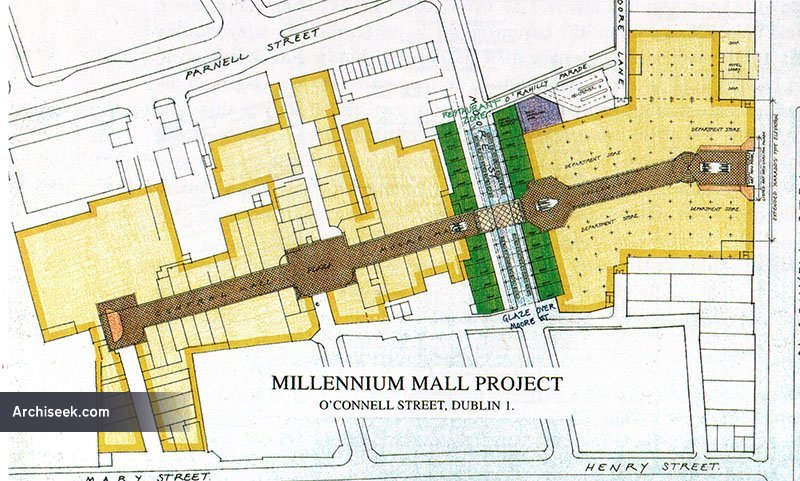 A plan for a vast development opening onto O’Connell Street through the listed facade of the former Carlton Cinema. The street facade involved two large additions which were intended to be complimentary to the Robinson Keefe designed cinema. This was to become known as the Carlton site and to become embroiled in legal disputes for years.

In 1998, architect Paul Clinton along with his partners in the Carlton Group, Richard Quirke, Jim McGettigan and Colm Carroll received planning permission from Dublin City Council to develop the site. All partners owned property along O’Connell Street. The development became bogged down in legal arguments when Treasury Holdings through a subsidiary attempted to derail the scheme to their own advantage. The cinema and adjacent site still sit derelict today.