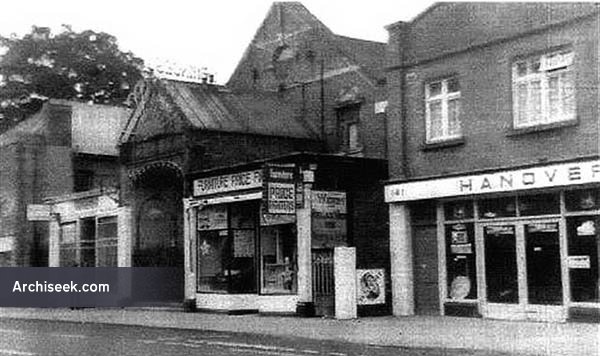 Suburban cinema with its main entrance fronted by a cast iron and glass porch flanked by two commercial units. Estimated cost: £3,000. The auditorium originally had 500 seats, was decorated with statues of the Muses. Within months of opening it seemingly closed reopening at the end of the year as the New Princess Cinema. Refurbished in the late 1930s, reopened on 14th January 1939 with 700 seats. Closed in 1968, it was later in use as a joinery and warehouse but was demolished in 1982 and replaced with an office block. Its nickname was “The Prinner”