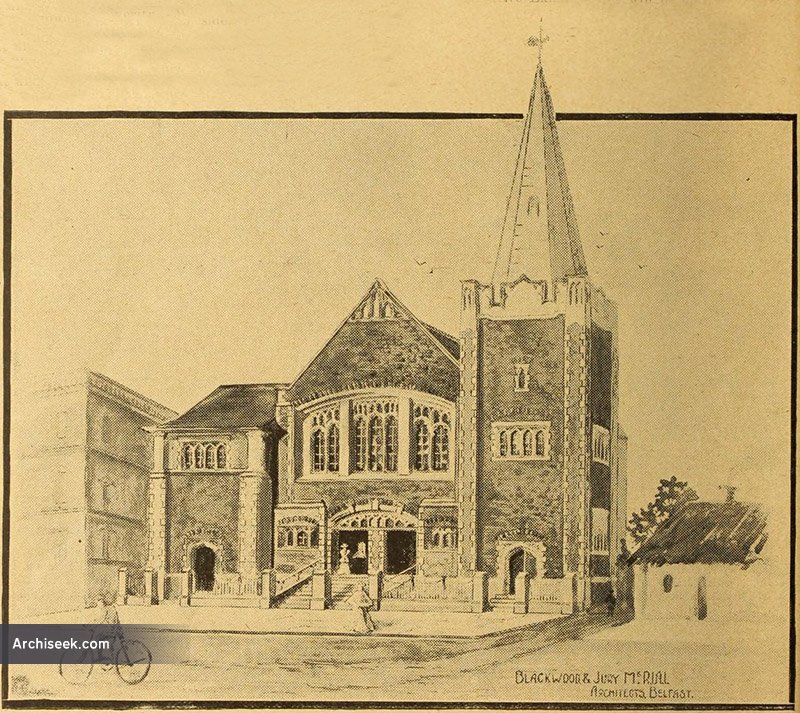 First Letterkenny Church was completely rebuilt in 1909 but 12 years later was destroyed by a fire, presumed arson attack. The other local congregation offered the use of its premises. The building on Main Street was restored and the name ‘Trinity’ was officially adopted in 1916. The spire has since been removed.