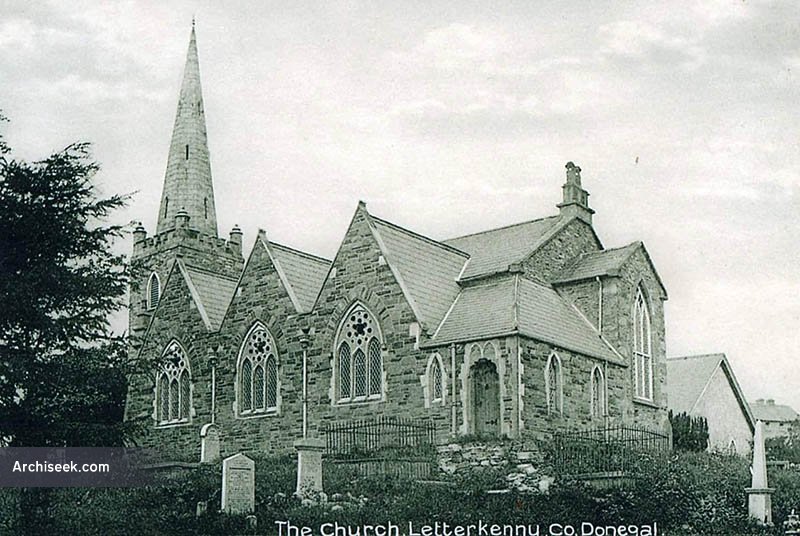 The church is situated opposite the Roman Catholic Cathedral of St. Eunan and St. Columba in the centre of Letterkenny. Parts of the church dates back to the 17th century but the current form is largely 19th century as the south aisle was added in 1865 to designs by Welland & Gillespie. The exterior of the church is rubble built with an ashlar spire. The interior retains its early 19th century cast-iron circular roof, trusses and a short gallery and twisted brass brackets.