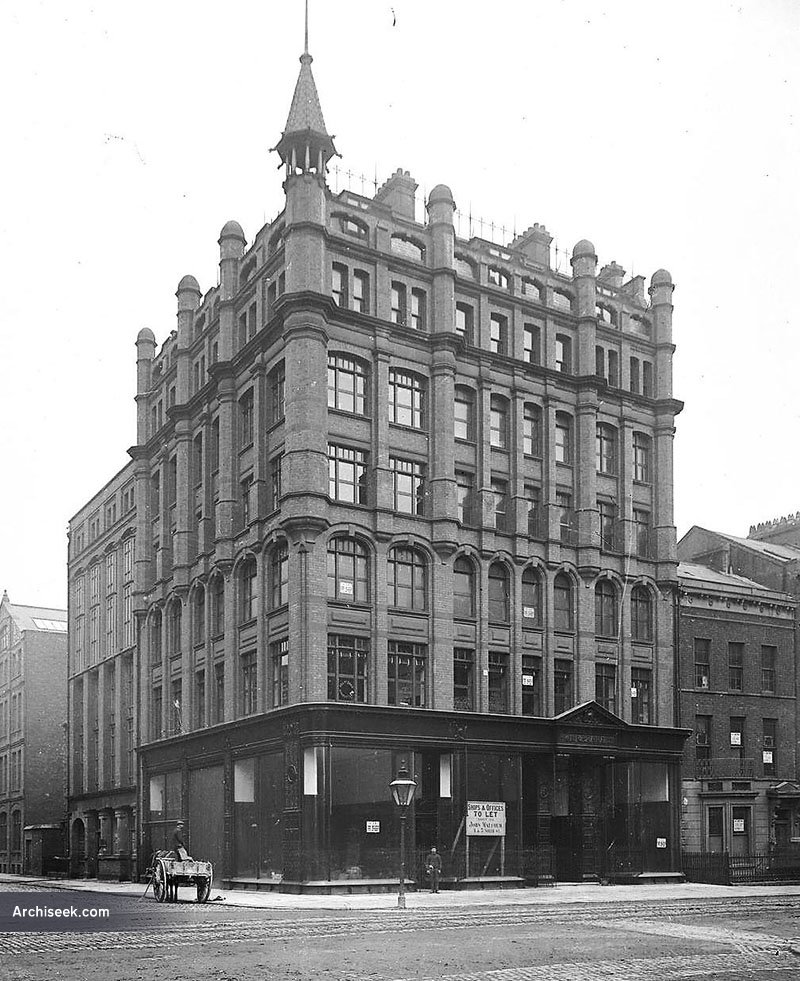 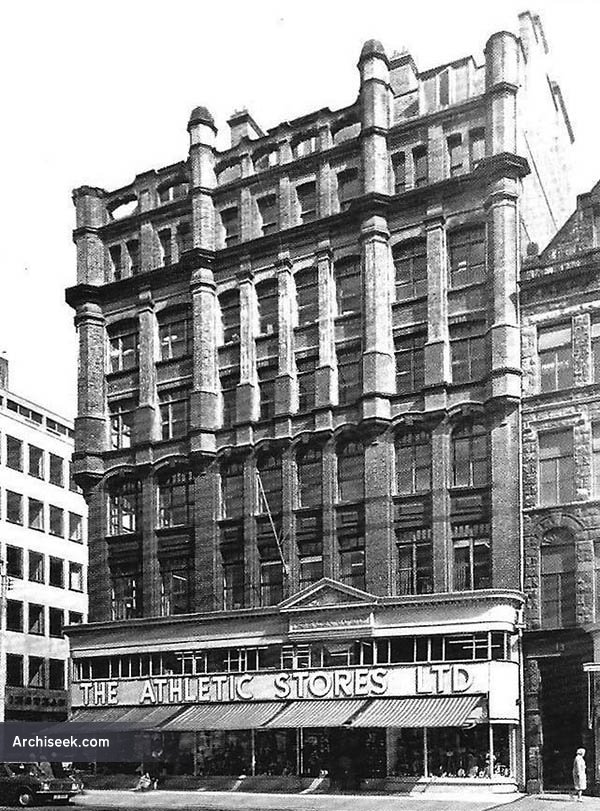 Described as being in the “American style” and constructed between 1899-1901, this large warehouse was coal merchant Alex King, (hence the name Kingscourt) was later occupied by the Athletic stores. Destroyed by fire caused by incendiary bombs in the late 1970s, and replaced with a mid 1980s office block.