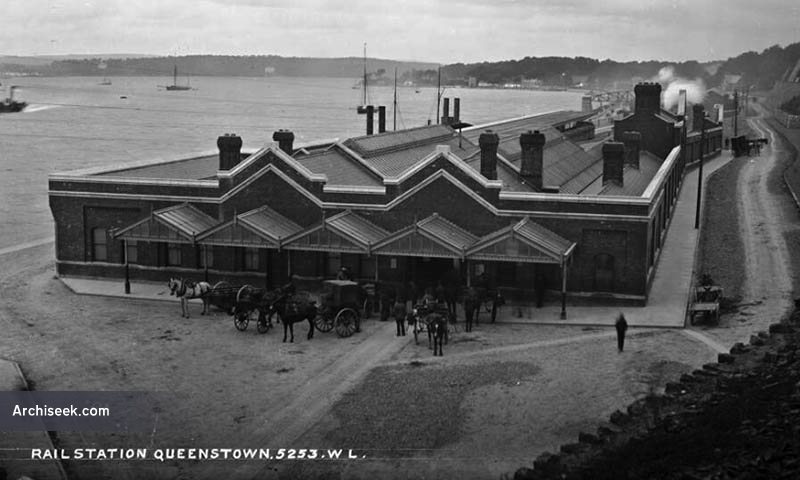 Cobh railway station was originally the terminus of the Queenstown (Cobh) section of the Cork, Youghal & Queenstown Railway and opened in 1862

The building was expanded during the 1880s as Cobh was then the largest exit point for Ireland’s poor emigrating to the USA. The station was also the main receiving centre for mails for Ireland and Britain from the United States and Canada. With the development and growth of transatlantic air traffic Cobh lost its importance as a mail and passenger centre.

A significant part of the train station remained largely unused until the opening of the Cobh Heritage Centre in the front part of the station in the 1980s.