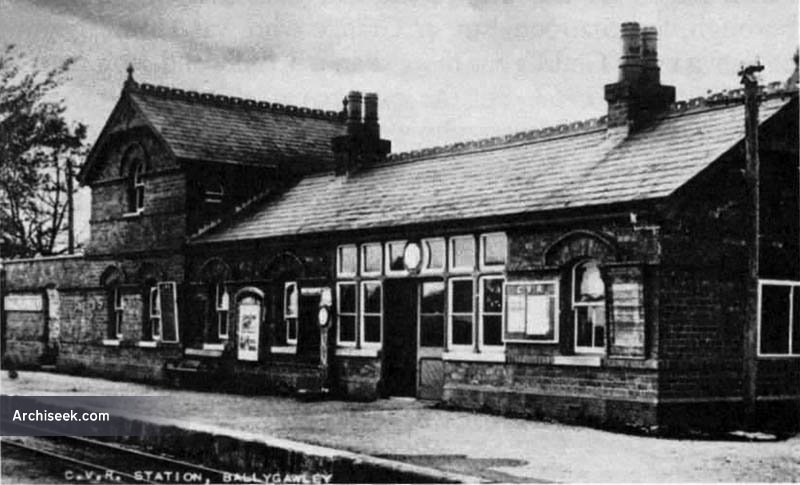 Constructed as part of the narrow gauge railway, the Clogher Valley Railway, which served parts of Armagh and Fermanagh but was centered around rural Tyrone. Extensions were planned, including a branch line from Ballygawley to Dungannon but was never built. The company never made a profit but managed to stay operational until 1941.