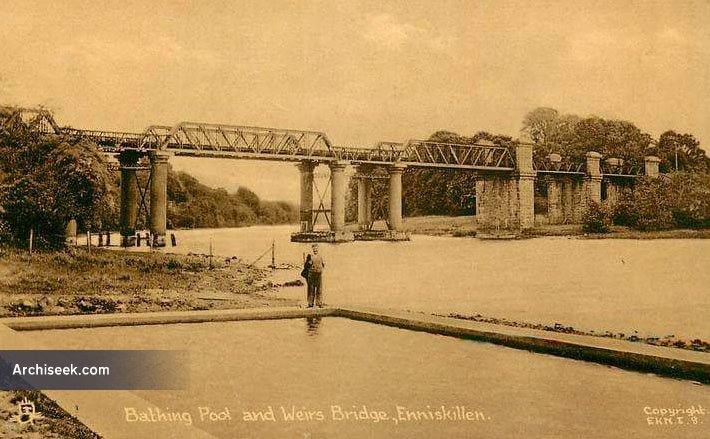 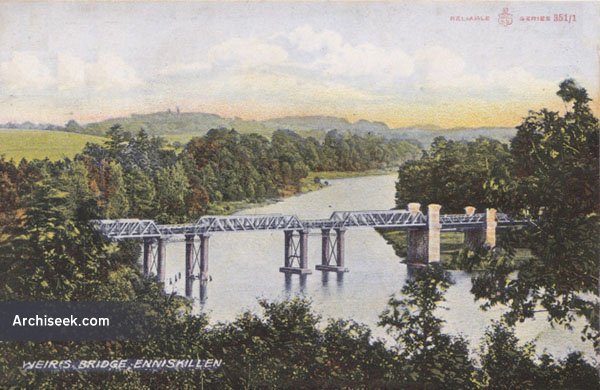 The bridge carried the Sligo, Leitrim and Northern Counties Railway across the River Erne from the Great Northern Railway Station at Enniskillen to the Midland Great Western Railway near Ballisodare in County Sligo. Designed by Edward Fowler, who was an engineer from Ballinasloe.

The bridge was removed in the 1960s after the closure of the railway in 1957. Only the stone piers remain.