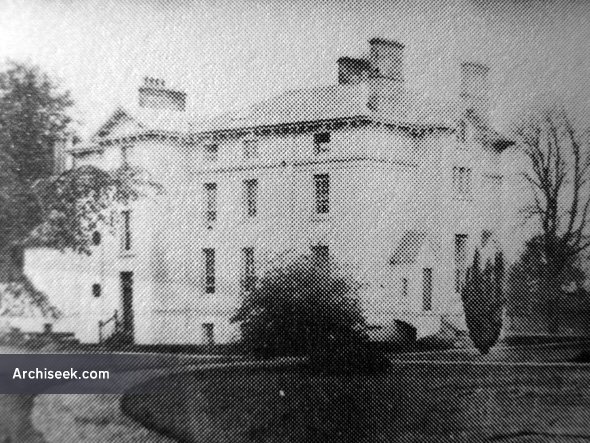 A Georgian mansion of two storeys above a basement; enlarged and altered in the mid-19th century when a third storey was added as well as a substantial single-storey wing. This wing contained a dining-hall, which doubled up as a ball-room 90 feet long. The house was gutted by fire in 1885, with the remains of Rosslea Manor finally demolished in 1914.